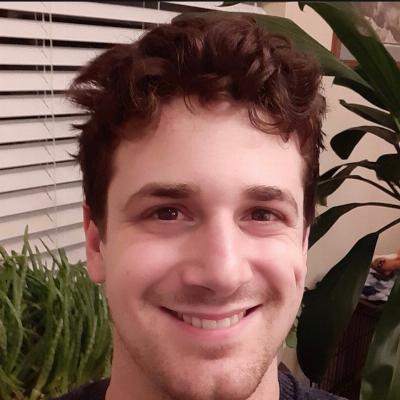 Get to know Adam Whitlark

Born in Columbia, SC in 1993, Adam Whitlark grew up playing the tenor saxophone and electric guitar. A performing guitarist during his undergraduate studies, Adam began formally studying music theory and composition at the College of Charleston in 2015. Since then, he has composed works performed in North Carolina, South Carolina, Tennessee, and Maine. Adam has written for ensembles such as The University of Tennessee Wind Ensemble, The University of South Carolina Graduate String Quartet, Atlantic Music Festival Orchestra, University of Tennessee Vocal Studio, Charlotte Country Day School Concert Band, and College of Charleston Contemporary Ensemble, among other groups.

As a contemporary classical composer, Adam writes music  ranging from timbral collages to lyrical works dominated by prominent melodies. As a guitarist, he has a diverse array of influences including Jimmy Page, Isaac Brock, Jerry Garcia, Jimi Hendrix, Eric Clapton and John Fruciante. As a songwriter, Adam possesses an extensive portfolio of rock and pop songs recorded in live studios around Columbia and Charleston, SC.

Adam recently earned his M.M. in Music Composition, in addition to a graduate certificate in Music Theory Pedagogy at the University of Tennessee, Knoxville. During this time, he served as a teaching assistant for the Department of Musicology. Adam is currently a guitar instructor in Charlotte, NC, helping to develop the skills of his students while also composing new works to be performed locally and nationally.