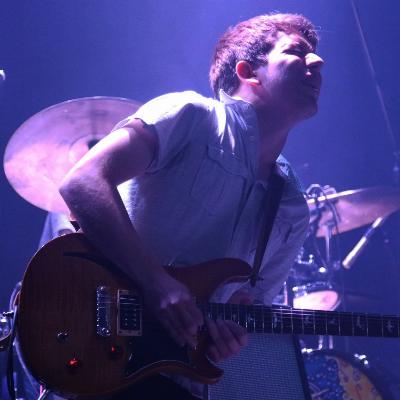 Jared Cowen
Music Teacher, Professional
Location: Oceanside, NY
Speaks: English
Instructs: Guitar
Education: B.A. in Music Industry (SUNY Oneonta)
Performance Experience: 200+ live performances, varying from small clubs to theaters. I have played on major tours which have gone to cities such as Nashville, TN, Atlanta, GA, Detroit, MI, Indianapolis, IN, Boston, MA, and so many more.
Teaching Experience: 5+ Years
Teaching Philosophy: My goal as a teacher is to bring joy of learning an instrument to a student. My lesson plan varies from student to student depending on what they want to get out of the instrument. No two students are the same.
Book Now

Get to know Jared Cowen

At just 23-years old, Jared Cowen is off to a head start towards a successful career as a professional touring musician. Cowen picked up his first guitar at only age four and never looked back. Throughout his entire life and into high school and college, Cowen performed in countless ensembles, both in and out of his coursework. Cowen studied jazz in high school and was selected twice to be Nassau County’s only guitarist in All-County Jazz Band, as well as the alternate guitarist for the entire state of New York in the All-State Jazz Band. Cowen graduated SUNY Oneonta with a B.A. in Music Industry and utilized this knowledge to tour with his band Baked Shrimp across the country. Cowen fronts the funk-rock trio and is the predominant songwriter. Over the past four years the band has gone on multiple 20+ date tours which landed them in major cities such as Nashville, TN, Atlanta, GA, Indianapolis, IN, Detroit, MI, Boston, MA and more. Cowen has played to sold-out crowds listening to his original compositions in major New York City and Long Island rock clubs. He has shared the stage with other well-known guitarists such as Brandon “Taz” Niederauer, Mihali Savoulidis (Twiddle), and Mike Gantzer (Aqueous). Cowen and his band have billed on major music festivals such as Great South Bay Music Festival, Adirondack Independence Music Festival, and Karnival of the Arts with nationally acclaimed acts such as Dweezil Zappa, moe., Lotus, Spafford, Ghost-Note, Jonathan Scales, and more. Looking into the future Cowen has his eyes set on bringing him and his bandmates into larger music venues and living the dream of being a full-time touring musician.

"Jared seemed to have new riff to back up each new chorus, and the song’s complexity redoubled every couple bars as it heated up"

"Jared Cowen, a versatile stand out, especially on “Machiavellian” which contains guitar work that makes the song a distant cousin of Henry Mancini’s calliope in "Baby Elephant Walk" building firmly and erupting for a fire-y ending."