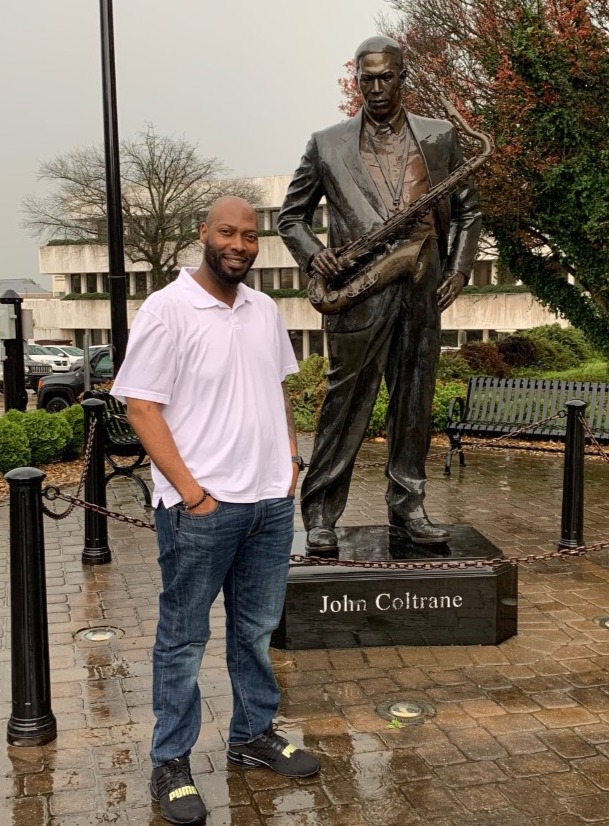 Get to know Jeffrey Whitaker

Jeff Whitaker is a 2007 Graduate of Elizabeth City State University with a Bachelor of Arts degree in Music "Applied Performance".  Mr. Whitaker's principal instrument is the Alto Saxophone however, he is fluent in many other instruments including (Clarinet, Trumpet, Tuba, Baritone, percussion etc.). Because of Mr. Whitaker's ability to fluently play multiple Brass instruments he was inducted into "Tuba Phi Tuba Brass Fellowship Inc" established in 1971.

After College he began his teachings at Hyde County Public School System in 2007 where he re-established the music program from scratch. Within the 5 years Mr. Whitaker taught in Hyde County, he also volunteered his time as a Percussion Coordinator at Creswell High School (Creswell, NC) and Chocowinity Middle School (Chocowinity, NC) all while performing in a Jazz and Gospel group across Eastern North Carolina.  In 2012, Mr. Whitaker moved to Durham, NC where he became the Assistant Band Director for (4)years under the instruction of Mr. Terry Minor (former high school band director) at Northern High School (Durham Public School System) and then was promoted up to head Band Director in 2016.  During his time as head band director at Northern High School, Mr. Whitaker created history and memories for the school by setting high standards for his classes and holding each student accountable for their education.

Throughout Mr. Whitaker's years of teaching he has encouraged and motivated several students to follow their dreams as a musician.  Those students went on to join music program's in the College/University of their choosing and has become section leaders or drum majors of their organizations.

Mr. Whitaker's is very dedicated to music and teaching student's to best of their ability.  He will go above and beyond and think outside the box so that each student receives the proper knowledge and skill set for the next level.