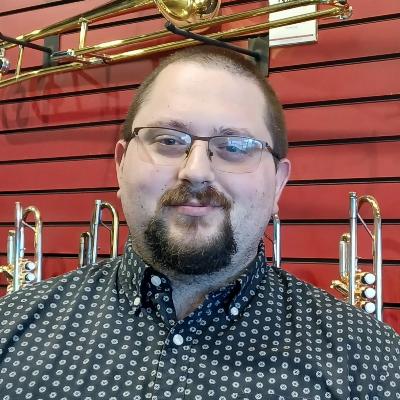 Get to know Jimmy H

Jimmy Hendricks has been playing tuba for 20 years. During this time, he has received a B.M. in performance from Columbus State University's Schwob School of Music and an M.M. in performance from University of Cincinnati's College-Conservatory of Music. He has played with the Alabama Symphony, the Ohio Metropolitan Pops Orchestra, the Hilton Head Symphony Orchestra, the Atlanta Symphonic Winds, the Savannah Trombone Ensemble (and Savannah Trombone Choir), the Georgia Brass Band, and was named Principal Tuba in the Savannah Philharmonic in 2020 as well as playing with the Savannah Philharmonic Brass Quintet. In addition, he took part in the 2016 International Tuba and Euphonium Conference's tuba quartet competition – where his quartet made it to the semi-final round - and Mock Military Band competition in which he made it to the final round. He has also participated in recording sessions with Kenneth Tse, Phil Smith, and Charlie Vernon.

Jimmy H teaches at:
Savannah GA
7805 Abercorn St Suite 20A
Savannah, GA 31406
(912) 692-8044
Get Directions More Details
Skip link
With over 150 locations nationwide, Music & Arts is the nation’s leading provider of private music lessons, band and orchestra instrument sales, rentals and repairs. Our remarkable story of growth has everything to do with the countless unshakable relationships we’ve formed with students, parents, music educators and musicians of every stripe in the local communities we serve across the country. Since opening our first store back in 1952, we’ve been owned and operated by the same family, and there’s nothing we do as a company without our values in mind. For whatever you’re doing in music, we’re here to help. We hope you visit our Savannah location soon! Our friendly staff can’t wait to meet you.