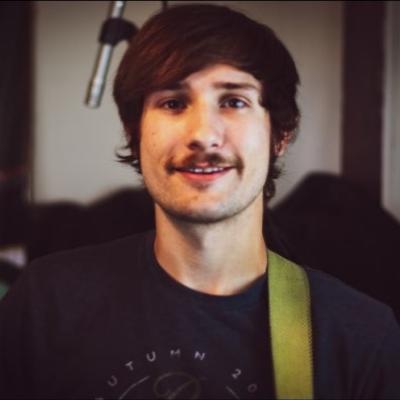 Get to know John Horne

Singer/songwriter JT Horne began his musical journey at a young age, singing in his church’s choir and participating in band and chorus throughout grade school in his small hometown of Worcester, New York. At age 10, Horne picked up the guitar and piano and quickly fell in love.

When the singer was given Neil Young’s “Decade” some years later from a lifelong friend, he knew at that moment he not only wanted to play music, but he also wanted to write and compose it. Since that early age, music has been his main focus and his life’s mission. Horne went on to study music and English in college, receiving his B.A. from Oswego State in 2018. The musician currently performs solo and with his band, OOGLE, throughout New York State.

The songwriter’s unorthodox voice catches the audience's ear and leaves them craving for more. His pleasantly mellow melodies and poetically pastoral lyrics invoke an intimacy between himself and his listeners, while his command for inducing a wide range of emotions onto his audience sets himself apart from the typical musician. Catch the singer performing favorite cover tunes from the country, folk, rock, and pop genres. The multi-instrumentalist offers his talents to other acts, as well, recording and performing live with artists such as country singer; AJ Hilton, and folk duo, Avalon.