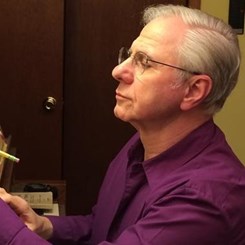 Get to know John Olearchick

John Custie is a musician, singer, composer/arranger who hails from the Mount Sinai area of Long Island, New York. With more than 25 years in the music business as a career professional he offers a great deal. He belongs to the American Society of Authors, Composers, and Publishers (ASCAP), The National Academy of Recording Arts and Sciences (NARAS), and the American Accordionists Association, as well as The North Brookhaven Chamber Of Commerce. He also has community awards credited to his name.

John Custie is a skilled musical craftsman who is capable of playing many styles of music, sings in several languages, and displays great emotion through his instrument and music. While his performance commands your attention, you will find he is a personable, fun loving professional, always giving 110% to his craft and clients.

As an instructor of both piano and accordion, John Custie’s reputation has students coming to him from far and wide. His belief, learning is at its best when it’s enjoyable, and works with every student one on one to that end. Seeking musical instruction? You’ve come to the right place.

Being a composer and arranger with commercial works to his credit, John has a unique ability to transform music from a typical jam session sound, into something that is a polished, accomplished work. This versatility makes him a great find for your anniversaries, birthday’s, wedding’s, corporate events, or Nights Of World Music. Custie displays his craft tastefully with much skill, playing anything: classical, jazz, popular, and world music. He is a versatile and flexible musician who creates the rhythms of the night, fulfilling everyone’s desires.