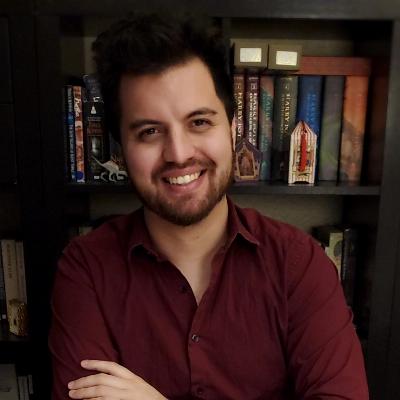 Get to know Jonnathan Clark

Jonnathan Clark is a Mexican-born Houston-based guitarist, teaching artist, and arts advocate. He grew up between two worlds: his family's deep ties to poetry and traditional Mexican music and his years soaking up the European classical tradition and jazz during his formal studies. Throughout his travels and musical wanderings, he has collaborated with composers, vocalists, dancers, poets, and instrumentalists in multiple styles, including music from the 16th- 20th centuries, contemporary concert music, jazz, flamenco, and traditional Latin American music.

In the last five years, he has focused his concert programs and lectures on engaging people in genuine music and learning experiences. He prioritizes engaging youth and adults outside of music professions in meaningful music-making, helping them engage with their creativity and their ability to do creative work. Jonnathan began his studies as a young boy at The Mexico State Conservatory of Music (Conservatorio de musica del Estado de Mexico). Since then, he has studied with notable guitarists from Spain, Italy, The United Kingdom, Mexico, the U.S, and other countries. He holds degrees from The University of North Texas and Columbus State University.

Jonnathan Clark teaches at:
Sugar Land TX
2567 Town Center Blvd
Sugar Land, TX 77479
(281) 980-5777
Get Directions More Details
Skip link
With over 150 locations nationwide, Music & Arts is the nation’s leading provider of private music lessons, band and orchestra instrument sales, rentals and repairs. Our remarkable story of growth has everything to do with the countless unshakable relationships we’ve formed with students, parents, music educators and musicians of every stripe in the local communities we serve across the country. Since opening our first store back in 1952, we’ve been owned and operated by the same family, and there’s nothing we do as a company without our values in mind. For whatever you’re doing in music, we’re here to help. We hope you visit our Sugar Land location soon! Our friendly staff can’t wait to meet you.