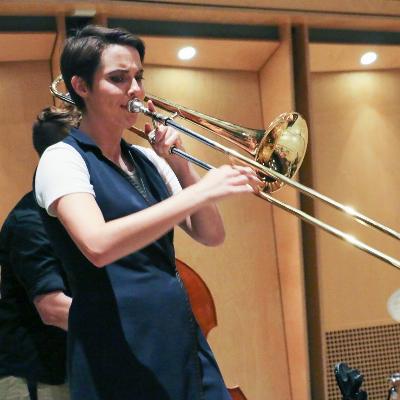 Get to know Jordan Wainwright

Jordan is a musician, arranger, and educator based in Southern California. She has a Bachelor of Music in Trombone Performance from the University of Southern California, and recently completed her Masters in Trombone Performance at California State University, Fullerton. She demonstrates great versatility in her trombone playing, performing in ensembles ranging from local orchestras and opera pits, to salsa bands, rock bands, and jazz groups.

Although she grew up in a musical household, Jordan had no intentions of becoming a musician...until the trombone chose her. In the years since, Jordan took advantage of unimaginable performance and work opportunities, from competing in international competitions, performing at Disney Hall, and recording at Capitol Records, to arranging music for professional theater companies and appearing in film and television.