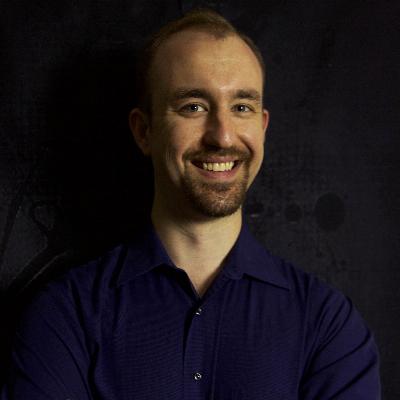 Joseph Spence
Music Teacher, Master
Location: Rancho Cucamonga, CA
Speaks: English
Instructs: Clarinet, Saxophone
Education: Dual MM Saxophone Performance and Music Composition from The Hartt School - pending BM Saxophone Performance from California State University, Fullerton - 2016
Performance Experience: Competitive solo performance experience includes winning awards in the MTNA Young Artists competition and the Eastern Connecticut Symphony Orchestra's Instrumental Competition. Competitive chamber performance experience includes winning awards in the MTNA Chamber Music Competition and being a quarter-finalist in the Fischoff National Chamber Competition. As well as performing recitals all over the country at conferences such as the NASA Biennial Conference and the Navy Band Saxophone Symposium
Teaching Experience: 9 years of private lesson teaching. 1 year as a Teaching Artist at The Colburn School's Jump Start program. 1 year as teaching artist for the Southern California Saxophone Academy
Teaching Philosophy: Music is a wonderful facet of life that everyone can and should participate in. My teaching style encourages my students to develop self-sufficient practicing techniques that will fuel their individual journeys of discovery, as well as emphasizing the importance of understanding the mechanics of music as a whole in addition to their respective instruments. Learning music is a process fueled by passion and disciplined diligence, and the best way to get started is to take the first step.
Book Now

Get to know Joseph Spence

Saxophonist, composer, educator, Joseph David Spence has made a name as an advocate for the saxophone in the concert hall and in his own compositions. A native of Southern California, Spence has performed throughout the United States and internationally in such prestigious concert venues as Meng Concert Hall (Cal State Fullerton), Hatch Recital Hall (Eastman School of Music), He Lu Ting Concert Hall (Shanghai), and Beijing Concert Hall. His teachers include some of the most respected saxophonists in America: Carrie Koffman, Christopher Bartz, and John Hallberg. He has also participated in several national saxophone conferences working closely with highly esteemed saxophonists: Timothy McAllister, James Umble, and Marco Albonetti. Spence’s musicianship has also earned him esteem in competitions having won first place in the MTNA Chamber Music Competition for the states of California and Connecticut, the MTNA Young Artist Competition for the state of Connecticut, and second place for the Eastern Connecticut Symphony Orchestra’s Instrumental Competition.

As the son of a film composer, Joseph David Spence’s compositional voice is rooted in musical storytelling told through a contemporary harmonic and aesthetic lens and is influenced by the great film and concert music composers of our time. Spence’s music has been performed throughout the United States by such ensembles as the Donald Sinta Quartet and KC VITAs. His main teachers include Gilda Lyons, Robert Carl, Larry Alan Smith, David Macbride, and Mark Edward Lewis.

Spence is pursuing his Dual Master's Degree in Saxophone Performance and Composition at The Hartt School, and currently holds a Bachelor of Music degree from California State University, Fullerton.

Joseph Spence teaches at:
Rancho Cucamonga CA
8615 Baseline Rd
Rancho Cucamonga, CA 91730
(909) 989-5757
Get Directions More Details
Skip link
With over 150 locations nationwide, Music & Arts is the nation’s leading provider of private music lessons, band and orchestra instrument sales, rentals and repairs. Our remarkable story of growth has everything to do with the countless unshakable relationships we’ve formed with students, parents, music educators and musicians of every stripe in the local communities we serve across the country. Since opening our first store back in 1952, we’ve been owned and operated by the same family, and there’s nothing we do as a company without our values in mind. For whatever you’re doing in music, we’re here to help. We hope you visit our Rancho Cucamonga location soon! Our friendly staff can’t wait to meet you.