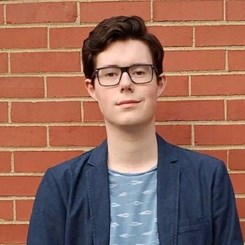 Get to know Joshua Dickey

Josh received an undergraduate degree in clarinet from Dr. John Weigand of the Baltimore Symphony, while studied under his wing at West Virginia University. This also included a minor in jazz studies under saxophonist and composer Dr. Jared Sims.

On clarinet Josh has performed as the principal clarinetist of the WVU Symphony for a wind band festival held at Carnegie Hall, and twice as a saxophonist for the WVU Big Band, at the Mid-Atlantic Jazz Festival held annually in Rockville, MD. Josh has also played in various chambers ensembles such as a woodwind trio, and many jazz combos. The extent of his teaching experience has been a small studio of middle school clarinetists, but he is broadening his horizons and more than happy to work with students of any age, and provide a quality teaching experience with his versatile musical background.