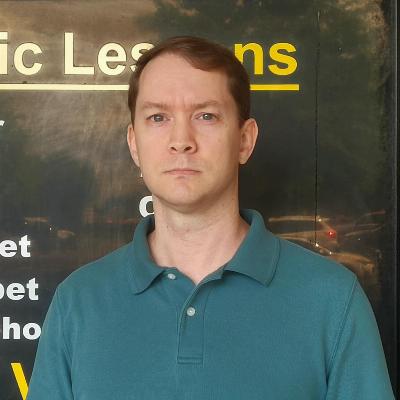 Get to know Joshua Lewis

Guitarist Joshua Lewis began his musical studies on the piano at age 7, percussion

at age 11, and acoustic guitar at 13. Born in Germany, Josh spent his early

childhood years at army bases around the country including Kentucky, Texas,

North Carolina and finally settled permanently in Georgia when he was eight. After

playing several instruments in his youth, Josh decided to focus exclusively on

he completed both a Bachelors degree and Masters degree in Music. His major

teachers were John Huston and Luther Enloe. Additionally, he has performed in

Levin, and Paul Galbraith. He has taught at various music schools and stores in the

Atlanta area and has performed at weddings and receptions. Josh has over ten years

of experience teaching a variety of styles.