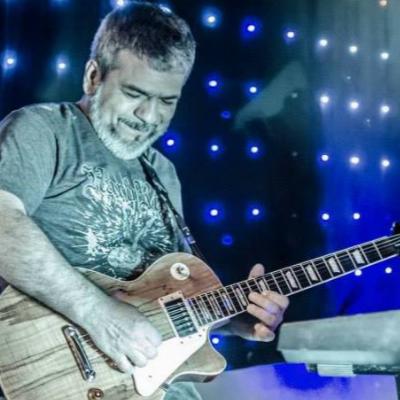 Juan Moreno
Music Teacher, Master
Location: Allen, TX
Speaks: English, Spanish
Instructs: Bass Guitar, Guitar
Education: Associates Degree in Commercial Music
Performance Experience: More than 40 years sharing the stage with numerous well noted musicians in the industry.
Teaching Experience: 35 plus years of teaching experience.
Teaching Philosophy: My philosophy of teaching is that not all students are equal, fingers can be short or thin on some while in others may be long or fat. Each case is different not just in their physical conditions but also in personal interests, age, personality, and a long etc. I try to make a plan for each student based on all these factors.
Learn from the best

Get to know Juan Moreno

Juan Cristobal (Crizz) Moreno –BioWas born in Valencia, Venezuela in March 16, 1959, the year Buddy Holly released his last record "It Doesn't Matter" and the first Grammy Awards were given out. Juan started playing the guitar at the age of 15 (playing air guitar doesn't count right?) and started performing professionally at 17, producing a long career of more than 40 years playing a large variety of styles and settings; from Guitar Rock Trios, to Jazz Quartets, Big Bands, Latin Ensembles, Cover Bands, and Fusion Groups. He started taking classical guitar lessons during his teen years with Rafael Dalmau in his hometown Valencia, and some years after in the Music Conservatory of Aragua with renowned Venezuelan classical guitar composer Efrain Silva. Also, he participated in a wide selection of bands and groups playing the electric guitar and covering different styles of music including rock, blues, pop, latin and jazz. Because of his ability to perform in such a variety of styles he landed a considerable amount of work in his native country playing for several popular singers including Maria Rivas and Guillermo Davila, and as recording session player.