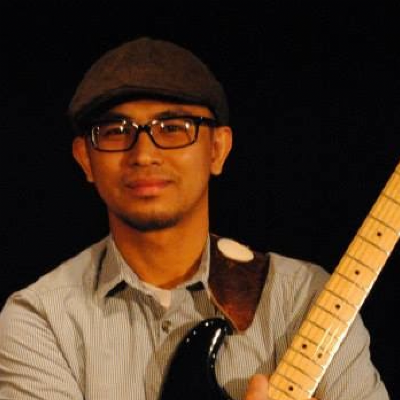 Get to know Jun Ibasco

Jun Ibasco has been performing and teaching professionally since 1998. While in the Philippines, he was the guitarist for the bands Jumpstart, Swerve, and Limited Edition where he played 6 nights a week and toured the Philippines extensively.In January of 2004, upon migrating to the United States, Jun worked as a video editor for Jazz Guitar Giant, Jimmy Bruno for his online Music School, “The Jimmy Bruno Guitar Workshop.” While working for him, he absorbed Jimmy’s methods of teaching and created his own spin on fretboard visualization using 5 basic shapes of the major scale.From 2006 to 2019, he taught at Music Training Center in Ardmore.  While there, he authored a Guitar Soloing Program which focuses on classical music arranged in a rock/fusion format. The program is still an integral part of MTC’s curriculum to this day. He also taught ensembles that featured Blues, R&B, Funk, Soul, and Fusion.

"Remember Me" From the movie, "Coco"

"Eleanor Rigby" by The Beatles (Ukulele)

"Both Sides Now" by Joni Mitchell

Jun Ibasco teaches at:
Exton PA
181 West Lincoln Hwy
Exton, PA 19341
(484) 875-0101
Get Directions More Details
Skip link
With over 150 locations nationwide, Music & Arts is the nation’s leading provider of private music lessons, band and orchestra instrument sales, rentals and repairs. Our remarkable story of growth has everything to do with the countless unshakable relationships we’ve formed with students, parents, music educators and musicians of every stripe in the local communities we serve across the country. Since opening our first store back in 1952, we’ve been owned and operated by the same family, and there’s nothing we do as a company without our values in mind. For whatever you’re doing in music, we’re here to help. We hope you visit our Exton location soon! Our friendly staff can’t wait to meet you.