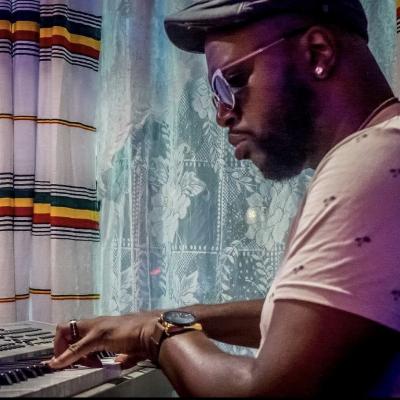 Justin Taylor
Music Teacher, Expert
Location: Gambrills, MD
Speaks: English
Instructs: Music Theory, Piano
Education: BM From Towson University
Performance Experience: I played piano, keyboard, and organ in church for over 25 years. I recorded and performed with Corinthia Cromwell and the Evolution Band over 10 years. Performed with local Jazz Artist over 20 years. I have my debut single called Trees on Apple Music, Spotify, and all digital streaming platforms.
Teaching Experience: Justin has taught at Columbia School Of Rock 2015-2016, Baltimore School Of Rock 2013-2015, Launch Pad LLC 2016-2017
Teaching Philosophy: I understand each student is different and the style of learning may vary , as well as the approach to insure the student gets the most of the lesson time. There are a few books that I use to teach from. My aim is retention of the information presented in the lesson.
Book Now

Get to know Justin Taylor

Justin started taking private piano lessons at 8 years old. Two years after taking lessons he started playing piano in church. He learned how to read music in church hymnal, but played mainly by ear. As time went along  continued playing piano in his home church and auditioned and was accepted for Middle School Jazz Band.

He was given the opportunity to  perform with the band at local 5 star hotels, restaraunts, banquets for government officials, and a host of other events. When joining the high school music department he was introduced to concert band, marching band , and big jazz band music. He was also exposed to more opportunities to

perform music on a higher level with his peers. At that time he entered in to music competitions and had the chance be exposed to musicians his age and a few years older than him and the amount of talent they had and more of what he was competing against. During 11th grade Justin joined a band that forced him to excel in music

other than Jazz, Gospel, or Classical. It was a rock based genre band fused with Hip Hop, R&B, Soul, GoGo, and more. He performed with stems and the band was tightly put together. We rehearsed at least 5 hours 5 days a week. Justin traveled to LA in pursuit of getting a record deal with the band however it didn't happen. Justin relocated

to Baltimore and enrolled in CCBC ESSEX and was a classical piano major  and  performed in the jazz ensembles for a few years then took a break from school to focus on performing. Eventually he got accepted in Towson University's Commercial Music / Jazz Studies Program. Now He is a 2017 graduate of Towson University.

Justin Taylor teaches at:
Laurel MD
11200 Scaggsville Rd Unit 111
Laurel, MD 20723
(240) 568-0600
Get Directions More Details
Crofton MD
1153 MD Route 3 N Suite 110
Gambrills, MD 21054
(410) 451-6981
Get Directions More Details
Skip link
With over 150 locations nationwide, Music & Arts is the nation’s leading provider of private music lessons, band and orchestra instrument sales, rentals and repairs. Our remarkable story of growth has everything to do with the countless unshakable relationships we’ve formed with students, parents, music educators and musicians of every stripe in the local communities we serve across the country. Since opening our first store back in 1952, we’ve been owned and operated by the same family, and there’s nothing we do as a company without our values in mind. For whatever you’re doing in music, we’re here to help. We hope you visit our Gambrills location soon! Our friendly staff can’t wait to meet you.