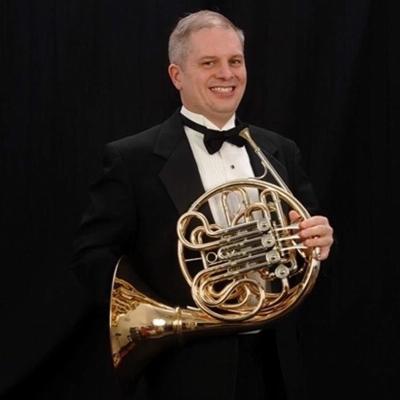 Keith Grush
Music Teacher, Master
Location: Charlotte, NC
Speaks: English
Instructs: Baritone, French Horn, Trombone, Trumpet, Tuba
Education: Bachelor's Degree in Music Education - University of North Carolina at Greensboro - 1997 Master's Degree in Horn Performance - University of Georgia - 1999
Performance Experience: Salisbury Symphony Orchestra - 1999-current. Current Position is Co-Principal Horn Other groups include Western Piedmont Symphony, Charlotte Philharmonic, and the Greater Spartanburg Philharmonic. Various Churches and other events in North Carolina and Georgia
Teaching Experience: Private lessons at Various Music Stores and schools in Georgia and North Carolina Band Director - Middle and High School Band from 2001-current
Teaching Philosophy: Students need to work on skills seperately and achieve some success before trying to put multiple new skills together. Good tone production is very important, as the kind of sound you make transfers to anything you play. Students should be able to play what they need in their class or band, but also should work on things which just interest them.
Book Now

Get to know Keith Grush

Keith Grush is currently in his 21st year of teaching.  He is in his 4th year as the Director at Alexander Graham Middle School, and just completed his term as the Chairman of the NCMEA Jazz Section in November.  He earned a Bachelor’s Degree in Music Education from UNC Greensboro in 1997 and a Master’s Degree in Horn Performance from the University of Georgia in 1999.

His first full teaching job was as Director of Bands at North Stokes High School and Piney Grove Middle School for 6 years.  During his time there, he established a tradition of attending the North Carolina Concert Band Festival which had been lost for a number of years, and received many Excellent ratings.  He also placed the first middle school students in the areas history into All-District Band.  While at North Stokes, Mr. Grush established the Northwest District Score Sharing Service, and was elected as a middle school representative to the District Board of Directors.

Mr. Grush then left to take over as the Band Director at North Davidson Middle School, where he taught for 9 years.  The Concert Band received 8 superior ratings at the MPA ranging from grade 2 to grade 4 music.  These were the first superior ratings in 20 years at North Davidson Middle. The school has also increased in students in All-District Band, with between 6 and 11 students each year.  In his time at NDMS, He was very active in the Jazz Section.  The Middle School band received the first Superior Ratings at a Jazz event in North Davidson history at the NC MPA.  He placed students in each year the Western Region has had an all-region Jazz Band, and was the auditions Chairman for the Western Region Jazz Auditions for four years.  He has also been an active marching band adjudicator in North Carolina and Virginia, as well as maintaining a private studio of middle and high school students.

Mr. Grush has also had an extensive career as a performer on the Horn.  In high school at Bloomington High School North in Bloomington, IN he won the 1992 Bloomington Symphony Orchestra Concerto Competition, earned 1st chair 1993 All State Band, 1st Chair 1993 All-State Orchestra, and 1st Chair in the 1993 John Phillip Sousa National Honors Band.  He was also awarded the only full scholarship in Indiana to the prestigious Interlochen Arts Camp in 1993.  While at UNCG, Mr. Grush won the 1996 MTNA Collegiate Brass solo competition for North Carolina.  After college, he has performed with the Salisbury Symphony, Greater Spartanburg Philharmonic, the Charlotte Philharmonic, and the Western Piedmont Symphony.  He was recently named the Co-Principal Horn of the Salisbury Symphony.

Whenever possible, he spends time with his lovely wife Lisa, his two sons Joshua (13) and Caleb (11), and his step daughter Emily (25).

Keith Grush teaches at:
Charlotte NC - Park Road
4209 Park Rd
Charlotte, NC 28209
(704) 529-8493
Get Directions More Details
Skip link
With over 150 locations nationwide, Music & Arts is the nation’s leading provider of private music lessons, band and orchestra instrument sales, rentals and repairs. Our remarkable story of growth has everything to do with the countless unshakable relationships we’ve formed with students, parents, music educators and musicians of every stripe in the local communities we serve across the country. Since opening our first store back in 1952, we’ve been owned and operated by the same family, and there’s nothing we do as a company without our values in mind. For whatever you’re doing in music, we’re here to help. We hope you visit our Charlotte location soon! Our friendly staff can’t wait to meet you.