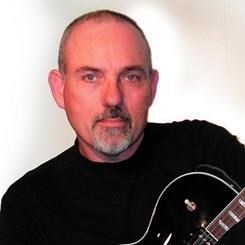 Get to know Kenneth Massey

Ken began his musical journey in elementary school, as the bassist in the school orchestra. He later attended the Peabody Conservatory before joining the Navy. After 6 years in the Navy he went back to college and earned his degree. Ken has performed with the rock band Hurricane and was selected as music director for singer Joe Warren's national tour. He began teaching in the 1980s and because of his background in electronics (U.S. Navy electronics training) became an electronics and recording engineer. Ken has engineered many projects and went on to become a record producer, producing full length albums for Dicky Williams, Keeley West, Hare Trigger and his own critically acclaimed Autumn In Baltimore. Ken teaches Banjo, Guitar, Bass, Mandolin and Ukelele at the Music & Arts store in Severna Park.

Ken's teaching philosophy is pragmatic and utilitarian, "I like for my students to begin playing in a group ASAP." After teaching his students the basic elements of music theory and reading music,  he starts them into playing songs. "I put on live shows, with my students, three or four times per year where my students perform with me, and they love it!" Ken used to use the "Open Mic" nights for his shows, but, Ken's shows have grown so big that he now uses other times at the store. Check with the store for the date and time of the next show with Ken and stop on in and check it out. You're sure to be impressed!