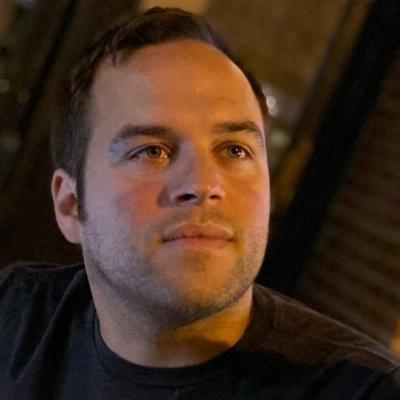 Khalid Stetkevych
Music Teacher, Professional
Location: Franklin, TN
Speaks: English
Instructs: Guitar
Education: A.A. – Audio Engineering & Guitar Performance MUSICIANS INSTITUTE, Los Angeles, CA Minor – Live Sound Engineer B.A. – English INDIANA UNIVERSITY, Bloomington, IN
Performance Experience: I performed, wrote, recorded, and mixed for 15 years with my band Siddius. We played events all over the Midwest, headlining to crowds ranging up to 5,000+ people.
Teaching Experience: I created community programs for guitar instruction at The Boys & Girls Club of Bloomington, IN and the Monroe County Public Library. I also have 500+ hours of teaching in a classroom setting in Bloomington and Columbus, IN.
Teaching Philosphy: I believe that problem solving is the most important skill imparted in teaching. Music theory and instrumental mechanics are best absorbed when they are being used to overcome some sort of music hurdle. This is when learning an instrument can be the most rewarding.
Learn from the best

Get to know Khalid Stetkevych

Originally from Bloomington, IN, Khalid Stetkevych began playing guitar at the age of 13, and began composing music and gigging regularly at the age of 14. While he has a love for classical and jazz, he is something of a heavy metal aficionado and historian, growing up performing songs by Iron Maiden, Judas Priest, Black Sabbath, Metallica, Megadeth, etc..

Khalid Stetkevych has an Associates of Arts in guitar performance and audio engineering from Musicians Institute in Los Angeles, CA. While attending MI, he took private lessons from legendary guitar instructors such as Bill LaFleur, Tom Kolb, and Alex Machacek, and worked in recording studios such as Rhythmik Studios and The Mix Room. He continued his musical education taking theory and composition courses at Indiana University’s Jacobs School of Music, including private lessons with renowned composers Dr. Don Freund and Dr. David Dzubay.

While working professionally as an audio engineer in southern Indiana and the surrounding Midwest, Khalid led the progressive metal band Siddius – writing, performing, recording, and mixing two full length albums and headlining to audiences reaching up to 5,000+ people.

Khalid has experience working closely with teenagers, creating free music lesson programs at The Boys & Girls Club of Bloomington and the Monroe County Public Library, while mentoring young musicians at Rhino’s All Ages Music Club from 2013-2016. Khalid also has teaching experience with teenagers, teaching for the Monroe County Community School Corporation and the Bartholomew Consolidated School Corporation from 2014-2016. He is currently enrolled in Vanderbilt University’s Peabody College of Education as a masters student in clinical mental health counseling, where he will continue his education on the development of teenage minds.