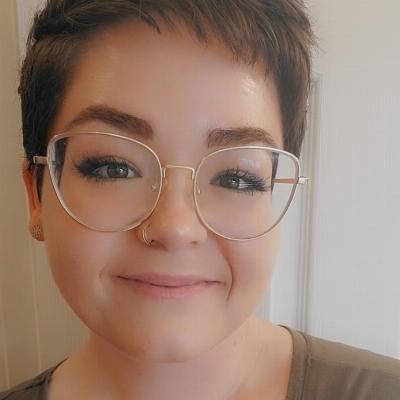 Get to know Kimberlee Mathews

Miss Kimberlee Mathews had been teaching music publicly for four years, and privately for six years. She has taught a variety of students of all ages and ability levels. She specializes in woodwind and brass instruction, and particularly enjoys helping beginners get their footing and find their passion and voice for music.

Kimberlee Mathews started on saxophone when she began her instrumental journey back in 2004, but since then has acquired proficiency on clarinet, flute, trumpet, and trombone as well, which aids in her job as a beginning band director and general music teacher.

Her philosophy of education revolves around a student-centered environment where students take an active role in their musical education. Kimberlee Mathews believes that learning music should be an engaging and fun process where students can have a voice and ask questions freely. She also believes in thorough communication with parents and families to keep them updated about how the learning process for their student is going.

Kimberlee Mathews is currently accepting new students and would love to help you or your student set up lessons, whether to learn a new instrument or simply grow your skills at an existing one! Please contact the store to learn more.