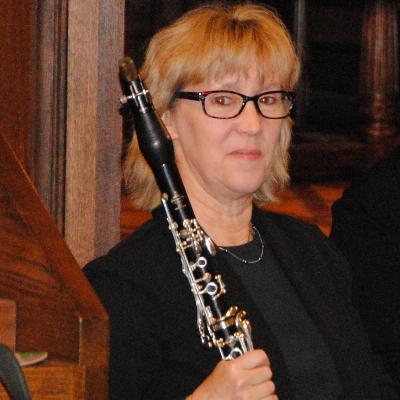 Get to know Laurie Kunzle

Laurie is an accomplished school band director who loves guiding students  from beginner to advanced. An experienced educator for over 30 years in the band room and private lesson studios.

Laurie Kunzle is also a musician having over three decades of experience.  As a clarinetist and woodwind specialist, she performs with the New Jersey Wind Symphony, the Plainfield Symphony and as a freelance musician. Recently performing in theatres including the Playhouse22.

Kunzle is also an accomplished composer receiving commissions, awards, and published music on JWPepper. Her compositions have been played by the Dallas Wind Symphony, the Ridgewood Concert Band, the Hanover Wind Symphony and many ensembles across the U.S., U.K. and Australia.

Laurie Kunzle teaches at:
Wayne NJ
661 Hamburg Tpke Unit 5
Wayne, NJ 07470
(973) 956-0630
Get Directions More Details
Skip link
With over 150 locations nationwide, Music & Arts is the nation’s leading provider of private music lessons, band and orchestra instrument sales, rentals and repairs. Our remarkable story of growth has everything to do with the countless unshakable relationships we’ve formed with students, parents, music educators and musicians of every stripe in the local communities we serve across the country. Since opening our first store back in 1952, we’ve been owned and operated by the same family, and there’s nothing we do as a company without our values in mind. For whatever you’re doing in music, we’re here to help. We hope you visit our Wayne location soon! Our friendly staff can’t wait to meet you.