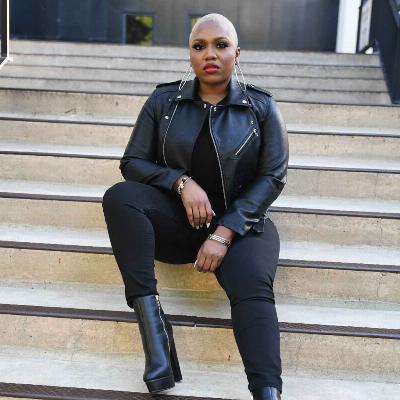 Get to know Len Mumphery

worshiper of Jesus Christ. Erlencia was born and raised in Albany, Georgia by Early Lee (late)

and Jacqueline Mumphery. She holds an Associate Degree of Liberal Arts from Abraham

Baldwin Agricultural College, a Bachelor of Music Therapy from Georgia College and State

University, and a Master of Arts in Human Services Counseling from Liberty University.

Mr. Coats (Abraham Baldwin Agricultural College). As a result, she is a classically-trained

arias. During this time, Erlencia was able to perform dramatic soprano roles but was not limited

jazz ensemble and competition, and has even performed for the White House, the

Erlencia has garnered several Superior ratings in All State choral competitions. She has

participated in masterclasses and sung with many composers, including Dr. Mark Butler, Moses

Throughout her career, Erlencia has traveled and performed at several top tier competitions:

Even with her experience, for Erlencia, there’s nothing quite like a home base. Today, she is the

Worship Pastor and Chief of Staff at Encounter Atlanta. She also sings background for Gabriel

Powell and has been featured on several of his projects, including “Nobody Like You,” Long Live Rhema, Against Corona, and Superhero.

In addition to her duties at Encounter, Erlencia gives private guitar and vocal lessons.

Len Mumphery teaches at:
Conyers GA
1596 Dogwood Dr Suite B
Conyers, GA 30013
(770) 760-9460
Get Directions More Details
Skip link
With over 150 locations nationwide, Music & Arts is the nation’s leading provider of private music lessons, band and orchestra instrument sales, rentals and repairs. Our remarkable story of growth has everything to do with the countless unshakable relationships we’ve formed with students, parents, music educators and musicians of every stripe in the local communities we serve across the country. Since opening our first store back in 1952, we’ve been owned and operated by the same family, and there’s nothing we do as a company without our values in mind. For whatever you’re doing in music, we’re here to help. We hope you visit our Conyers location soon! Our friendly staff can’t wait to meet you.