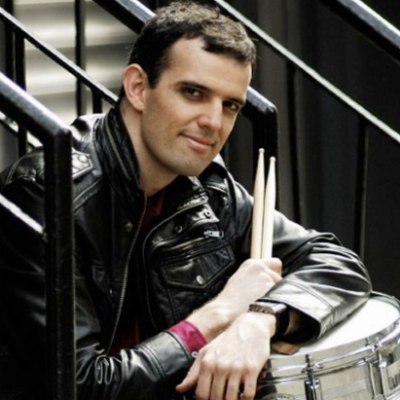 Get to know Luiz Ebert

Luiz Ebert, drummer native of Brasília, Brazil, has developed a vocabulary blend of drumming with percussive sensitivity all his own.

In addition, Mr. Ebert has performed alongside an array of promising, new jazz artists that include Matt Miller, Ryan Brennan, Kyla Roscovich, Matt Turowsky and Chris Talio, to name a few.

In 2013, he recorded Audiograph, his first album as a leader, alongside pianist Fidel Cuellar. Featuring some of the best young talents in New York jazz scene today, Audiograph is a collection of songs and artistic portraits that exemplifies his work and life in the city that never sleeps.

Luiz Ebert is currently involved in music education, teaching in different music schools in Westchester County and New York, and working as a free-lance drummer for various artists and musicians ,most prominently the John Watts Brazilian-jazz Trio and the latin-jazz group Esencia.