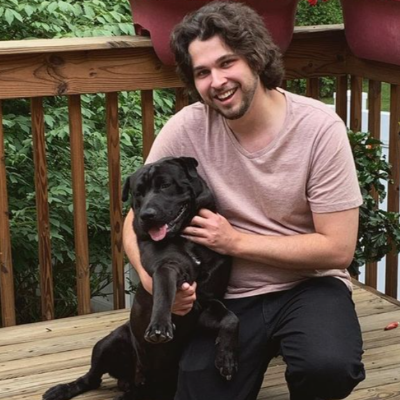 Get to know Luke Schaffel

For the last several years, Luke Schaffel’s drumming with various groups has been earning a lot of recognition. Whether it is from winning numerous awards and scholarships as a jazz musician or being recognized by the press with the rock band The Clocktown Giants, the powerful and precise style of Luke’s playing is starting to catch everyone’s ear.  Luke started his musical study at age 10, with an early love for rock bands like Van Halen, Queen, Led Zeppelin, and Steely Dan which quickly made him realize that the drums were for him. After a few years of an exclusive concentration on rock n roll, Luke joined the Jazz Band at his high school at age 14 and started to focus on studying the playing of the great jazz drummers such as “Philly” Joe Jones, Tony Williams, Steve Gadd, Elvin Jones, and many others.

Luke went on to earn a jazz studies degree from Montclair State University as well as a Masters Degree from New York University, where he had the opportunity to work with some industry titans, including Lenny White, John Scofield, Lenny Pickett, Dave Stryker, Mike Richmond, Steve Johns, and more. After graduating, Luke has been playing professionally and teaching in the New Jersey and New York area where his diverse musical skills have helped serve him as; an opening act for guitar virtuosos John 5, Gus G, and Guns n’ Roses keyboard player Dizzy Reed. A theater pit musician for famous musicals including, Matilda, Legally Blonde, Baby, Beat bugs, and more. As well as jazz gigs all over the tri state area.

Throughout his near decade of teaching, Luke has strived to create an environment for his students that is not only educational, but a fun activity to explore the music they love. Luke has been driven through his career as a professional musician and educator by his passion for creating and the pursuit of excellence.  Luke is available for lessons through Music and Arts.

Luke Schaffel teaches at:
Ridgewood NJ
185 E Ridgewood Ave
Ridgewood, NJ 07450
(201) 444-9800
Get Directions More Details
Ramsey NJ
137 Interstate Shopping Center
Ramsey, NJ 07446
(201) 327-2853
Get Directions More Details
Skip link
With over 150 locations nationwide, Music & Arts is the nation’s leading provider of private music lessons, band and orchestra instrument sales, rentals and repairs. Our remarkable story of growth has everything to do with the countless unshakable relationships we’ve formed with students, parents, music educators and musicians of every stripe in the local communities we serve across the country. Since opening our first store back in 1952, we’ve been owned and operated by the same family, and there’s nothing we do as a company without our values in mind. For whatever you’re doing in music, we’re here to help. We hope you visit our Ridgewood location soon! Our friendly staff can’t wait to meet you.