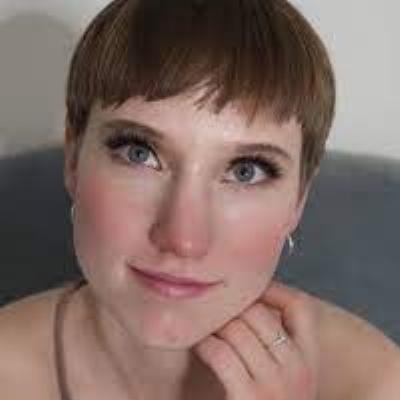 Get to know Maddie Meier

Maddie Meier, a soprano from St. Louis, Missouri, received her Bachelor of Music in Voice Performance and Bachelor of Arts in German from Montclair State University. During her time at Montclair, she received a full-ride scholarship to study at the Kunstuniversität Graz in Austria. She has done solo voice work with different Baroque Chamber Ensembles in and outside of the United States, and has sung roles such as Suor Genovieffa in Suor Angelica, Serpetta from from La finita giardiniera, Adele in Die Fledermaus, Zerlina in Don Giovanni, and Apprentice in the world premiere of the opera Ransom!!, composed by Timothy Stephens. In addition to her roles, Ms. Meier performs concert works as well, her most recent performance as the soprano soloist for Haydn’s The Creation with the South Orange Symphony Orchestra in New Jersey. Maddie Meier was a finalist in The Kentucky Bach Choir’s Audrey Rooney Vocal Bach Competition in 2021, the NATS NJ competition in 2017, as well as a semi-finalist in the 2021 Classical Singer Competition. She enjoys singing a variety of different musical genres, as she has experience in opera, oratorio, musical theater, and choral music. Maddie has been playing violin for sixteen years, in addition to her seven years of experience with piano. Maddie currently resides in Plainsboro, New Jersey, where she performs, runs her own private voice, violin, piano and language studio, teaches music at the German School in Union County in New Jersey, teaches music at Harmony Preschool in Princeton, New Jersey, and works as a Choral Assistant for Hopewell Valley Community Chorus, Highland Park Community Chorus, and Rise Up Chorus in New Jersey. In her spare time, Maddie is a voracious reader, who loves to paint and hike