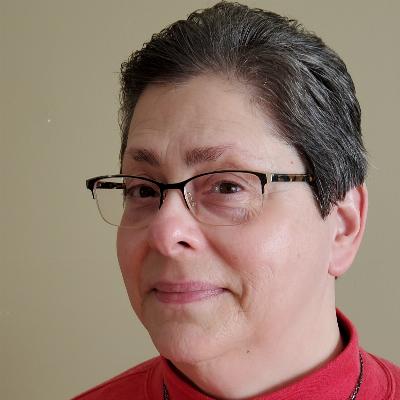 Get to know Marcia Hanjian

Marcia Hanjian received her Bachelor and Master of Music degrees in Viola Performance from Boston university and the Doctor of Musical Arts degree from Rutgers University. Subsequently, she earned the Master of Arts degree in Women’s Studies, also from Rutgers University, thereby extending and expanding her affiliation with Douglass College Campus, originally founded in 1918 by Mabel Douglass as the New Jersey College for Women. Her principal viola instructors were Walter Trampler, founding member of the Chamber Music Society of Lincoln Center, and Michael Tree, violist of the Guarneri Quartet. She was a full scholarship participant at the Tanglewood Music Festival Orchestral Fellowship and the Sarasota [FL] Music Festival for two seasons, as well as the Blossom Music Festival (summer residence of the Cleveland Orchestra), the Manhattan String Quartet Seminar, and the Audubon Quartet Chamber Music Seminar for two seasons.  Her professional orchestral experience includes serving as Principal Viola of the Greater Trenton [NJ] Symphony for thirteen years, Principal Viola of the Bohème and Metro Lyric Opera Companies [NJ] for several seasons, Assistant Principal of the New Orchestra of Boston [MIT] for seven years, Section Viola with the Springfield [MA] Symphony Orchestra for 18 years, and Section Viola with the Colorado Music Festival [Boulder, CO] and the Peter Britt Festival Orchestra [Medford, OR] each for one summer season. Dr. Hanjian also served as Principal Viola in numerous choral chamber orchestra performances in the Northern New Jersey area. She performed as Section Viola with the Opera Company of Boston, the Harvard Chamber Orchestra, and the Boston Classical Orchestra over a decade-long period. Orchestral touring includes performances in London, Lisbon, the Azores Islands, Salzburg, and Prague. She has appeared as concerto soloist with the Greater Trenton Symphony Orchestra in performances of the Fantasie for Viola, op. 94 by Hummel and the Concertino for Flute, Viola, and Strings of Ernest Bloch. Dr. Hanjian served as Adjunct Faculty of Music at The College of New Jersey [Ewing] for five years offering a Music History course in Concert Music for both music majors and non-majors. She was Adjunct Faculty in Viola at Boston College for one year, a violin and viola instructor at the Longy School of Music [Cambridge, MA] for five years, and a String Department member of the Brookline [MA] Music School for seven years, serving as founder and coordinator of the school’s Faculty Chamber Music Series. Dr. Hanjian served as Violin and Viola Faculty member of the Rutgers Community Music Program for ten years and as String Orchestra Conductor and Violin and Viola Faculty member of the Rutgers Preparatory School [Somerset, NJ] for one season. The emphasis of research and performance during the Doctor of Musical Arts degree and subsequently has been that of women composers, historical and contemporary. Dr. Hanjian has presented lecture recitals on the life and works of Rebecca Clarke, British-American violist and composer (1886-1979) at the Women in Music Conference, Ohio University [Athens, OH] and the Fifth Women Composers Festival, Indiana University of Pennsylvania. Her Women’s Studies Master of Arts thesis “The Heroine Transformed: A Comparative Study of The Barber of Seville” explores varying aspects of the female leading role of Rosina, and her reception, contemporaneously and subsequently, on the part of composers, music critics, and the general public.