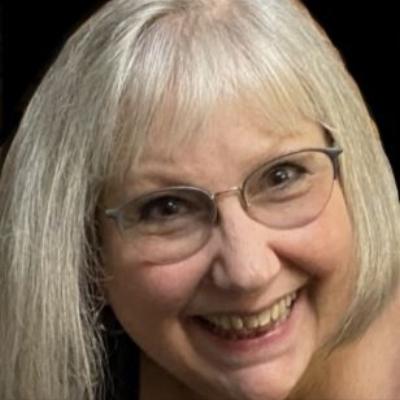 Maureen Griepentrog
Music Teacher, Master
Location: Hanover, MD
Speaks: English
Instructs: Piano, Voice
Education: Attended the University of Wisconsin-Milwaukee
Performance Experience: see biography
Teaching Experience: More than 40 years
Teaching Philosophy: I love music! I’m passionate about sharing that love with students. Music is a universal language that opens up a whole new world. New connections are formed in the brain, expanding skills in all subject areas for all ages. I believe that music should be fun, challenging, and enriching. I assess each student's learning styles and modify teaching to match their best method of learning. I stress fundamentals of theory, technique, scales, and chords as basic foundations on which all music is built.
Book Now

Get to know Maureen Griepentrog

Maureen Griepentrog attended the University of Wisconsin–Milwaukee, where she studied piano with Dr. Jeffrey Peterson and voice with Marlys Greinke. She served as piano accompanist for the vocal masterclasses, ran the piano lab, and performed in the Medieval music ensemble, Collegium Musicum. In summer stock theater, she was the pianist for Radio City Music Hall choreographer John Dietrech and Broadway composer/producer James Valcq.

She later studied piano with Dr. Gordon Sparber of Peabody Conservatory and Dr. Randall Sheets of the University of Maryland–College Park, and organ with Leonhard Rose of Ascension Lutheran Church in Milwaukee.

She held positions as piano accompanist at the Skylight Comic Opera in Milwaukee, the Kenosha Public School System, and performed for nearly 20 years in the U.S. Army Field Band Chamber Music Concerts and Solo Recital Series throughout the Baltimore Washington region.

For 25 years, she served in music ministry at St. Paul’s Lutheran Church and School in Glen Burnie, Maryland, where she was responsible for seven weekly services, eight vocal choirs, and six instrumental ensembles, and taught General Music to Early Education to Grade 4. Prior to that, she taught K–8 General Music for seven years at St. Rose of Lima School in Brooklyn, Maryland. She is currently Music Minister at Emmanuel Lutheran Church in Pasadena, Maryland.

As a composer, Maureen had written more than 200 praise songs and choral anthems that are performed throughout the United States, Canada, the United Kingdom, Ireland, and Australia. Her children’s piece, A Great Place to Grow, was commissioned for the 2007 National Lutheran Schools Week of the Lutheran Church–Missouri Synod and was performed in schools across the United States. Her adult choir composition, Ponder Anew, was selected as a featured anthem for the 2009 National Conference of the Fellowship of United Methodists in Music and Worship Arts. Maureen’s Light the Candle was chosen for publication in The Best of the Best, distributed by Word/Maranatha. Her song, Lord, You’re My Anchor, was named the Hurricane Wilma recovery theme by the Southeastern District of the LCMS.

Maureen and her husband Tedd, who is a woodwind specialist, have been teaching at Music & Arts since 2013.