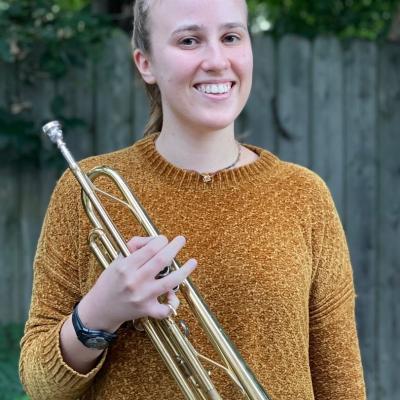 Get to know Melissa Palfey

Melissa Palfey began her musical studies at age eleven, playing French horn and piano and participating in school choir. She attended the Eastman School of Music, where she participated in a variety of musical endeavors (including choirs, orchestras, bands, and an ocarina ensemble), and graduated with a degree in French horn performance. She later attended Case Western Reserve University to pursue a master’s degree in music education and serve as a teaching assistant for the choirs. While in Cleveland, Melissa has performed and taught in both vocal and instrumental ensembles, including teaching trumpet, French horn, voice, and music theory lessons.

Melissa Palfey teaches at:
Lyndhurst OH
5228 Mayfield Rd
Cleveland, OH 44124
Get Directions More Details
Skip link
With over 150 locations nationwide, Music & Arts is the nation’s leading provider of private music lessons, band and orchestra instrument sales, rentals and repairs. Our remarkable story of growth has everything to do with the countless unshakable relationships we’ve formed with students, parents, music educators and musicians of every stripe in the local communities we serve across the country. Since opening our first store back in 1952, we’ve been owned and operated by the same family, and there’s nothing we do as a company without our values in mind. For whatever you’re doing in music, we’re here to help. We hope you visit our Cleveland location soon! Our friendly staff can’t wait to meet you.