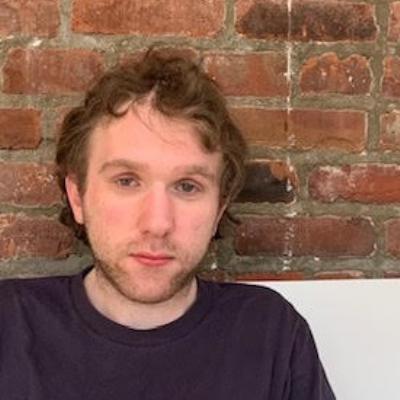 Noah Magnus
Music Teacher, Professional
Location: Mamaroneck, NY
Speaks: English
Instructs: Guitar, Music Theory, Piano, Voice
Education: CUNY Brooklyn College, Bmus (Composition)
Performance Experience: 15+ years
Teaching Experience: 5+ years
Teaching Philosophy: My studio's main approach is structured exploration. There is a great emphasis on the "why" when it comes to learning - as that is where the fun truly lies. Through understanding the "why's" of music, my students are able to take their technique and artistry to places that may have ordinarily seemed difficult to reach. My goal is to develop a student's musical passion, and give them the ability/technique to express it in a way that best suits their personalities. Open ears and minds!
Book Now

Get to know Noah Magnus

Noah Magnus is a Brooklyn based composer, lyricist, instrumentalist, singer, and conductor. He earned his undergraduate degree in music composition from The Conservatory of Music at Brooklyn College in 2021.

He went to Brooklyn Technical High School, playing guitar in the Jazz Band. In his time at Brooklyn Tech, he played a Frank Zappa guitar solo, sharing a stage with Trans-Siberian Orchestra member Mark Wood. Additionally, he started a band consisting of seven people, in which he played piano (classically trained), guitar, bass, sang, wrote/arranged the music, as well as directed rehearsals.

Once at Brooklyn College, Noah turned his focus purely towards classical composition. Despite this, due to his songwriting background, he has always been influenced by the sensibilities of popular music. The result in his music is a combination of classical forms, aesthetics and philosophies with a pop/rock accessability.

Having graduated, Noah is now an award winning composer, taking on various commissions and projects. Notably, he has arranged music for the Candlelight Series (Sponsored by Fever), and is currently collaborating with several esteemed new music ensembles/performers.

Noah Magnus teaches at:
Mamaroneck NY
604 Mamaroneck Ave
Mamaroneck, NY 10543
(914) 381-5205
Get Directions More Details
Skip link
With over 150 locations nationwide, Music & Arts is the nation’s leading provider of private music lessons, band and orchestra instrument sales, rentals and repairs. Our remarkable story of growth has everything to do with the countless unshakable relationships we’ve formed with students, parents, music educators and musicians of every stripe in the local communities we serve across the country. Since opening our first store back in 1952, we’ve been owned and operated by the same family, and there’s nothing we do as a company without our values in mind. For whatever you’re doing in music, we’re here to help. We hope you visit our Mamaroneck location soon! Our friendly staff can’t wait to meet you.