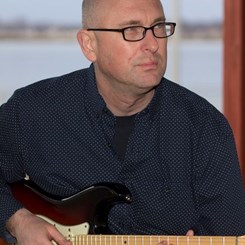 Get to know Oleg Vollenweider

Dr. Oleg Vollenweider has been performing, writing, and teaching music for thirty years. He received his initial four-year college education from the Academy of Culture in Kharkov, Ukraine. After moving to the USA, he finished his master's degree in Guitar Performance from the University of Maine in 1997. Then he continued studies in Music Composition and Electronic Music at Cleveland State University in Ohio, finishing master’s degree in 2001. He received a degree of Doctor of Musical Arts in Composition from Michigan State University in 2008. In 2009 he joined US Army as a band member and served 7 years at Fort Benning, GA and Fort Drum, NY. Now he resides in Newnan, GA and married to a Korean born pianist Dr. Yoo-Jung Kim.
Oleg Vollenweider teaches at:
Peachtree City GA
308 City Circle Suite 1420
Peachtree City, GA 30269
(770) 632-0330
Get Directions More Details
Skip link