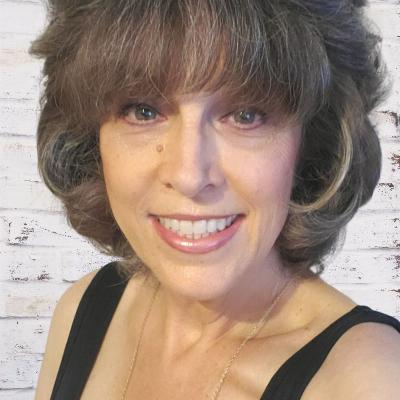 Get to know Patricia Shanks

Patricia Shanks is a singing teacher, vocal coach, vocalist (classical and Great American Songbook), pianist and piano teacher, voice over artist, actor, and radio and TV host. She is also a composer, visual artist, photographer, and Emmy Award-winning writer. She has taught class voice and voiceover in colleges, conservatories, high schools, and elementary schools. Her approach to voice teaching is foundation-based. She focuses on finding and developing the genuine voice, rather than fabricating styles on top of an inefficient vocal technique. The health and efficient use of the singer’s voice is of primary importance. Her teaching style is intuitive and organic and is honed over her more than four decades of teaching singing and piano, coaching public speakers, and performing professionally. She is an accessible person who enjoys meeting and working with people in-person and online.

Encouraged in her youth by her school instructors and individuals in the entertainment and music industries to pursue singing and teaching, at the age of 17 Patricia began teaching privately and conducting a community choral ensemble. Directly out of high school Patricia received a California State Standard Designated Subjects teaching credential awarded for life, allowing her to teach adult education classes.

Patricia trained at the University of Redlands with Lila Stuart Bachelder. Other prominent musicians with whom she has trained include Natalie Limonick, Nina Hinson, Naomi Farr, and Esther Andreas. She sang in master classes for renowned opera stars Giorgio Tozzi, Jess Thomas, Blanche Thebom, and Dorothy Warenskjold. Patricia was a winner of the San Mateo County, California, Vocal Competition. She sang professionally as part of the Chor when Deutsche Oper Berlin visited the Los Angeles Music Center in 1985, and in the chorus of Opera Pacific in Orange County California. Also during the summer of 1985, Patricia sang in the chorus with members of the Los Angeles Master Chorale in a performance of Mahler’s 8th Symphony under the baton of Michael Tilson Thomas. Patricia was a soloist/section leader with the Crystal Cathedral Hour of Power Choir, and she sang solos with Camerata of Los Angeles and Los Angeles Premiere Chorale. She has sung as a regular or guest soloist for a number of churches and religious organizations and special events. One memorable performance with orchestra was of the soprano solos in the Ralph Vaughan Williams Dona Nobis Pacem. She has also performed German Lieder with translations performed by soap opera star Eric Braeden. These days, Patricia enjoys singing selections from The Great American Songbook which she has loved since childhood.

A former NPR affiliate jazz radio station host, Patricia also hosted, wrote, and produced an arts and entertainment segment on a Ventura County cable TV news show, while at the same time she wrote a column for the Simi Valley edition of the Los Angeles Daily News. She began her professional voiceover career in the mid-1990s, most recently having provided audio description for the visually impaired for Paramount feature films and for Fox Sports WWE Friday Night Smackdown.

Patricia collaborates with singers and actors, and with anyone who has a serious interest in developing their art. She coaches public speakers on their voice quality and presentation. She has taught voiceover and led workshops for Women in Animation, Media Communications Association, SAG Conservatory, and Orange County School of the Arts. In the late 1990s, she directed the Amadeus Boys and Girls Choirs at Moorpark College, as well as a children’s show choir which performed to glowing reviews at the Thousand Oaks Civic Arts Plaza. She has provided musical and vocal direction for high school and theatre company productions.

Patricia received an Emmy for her writing in 2010. She currently writes freelance arts and entertainment and press, marketing, and promotional materials for non-profit arts organizations and for individual musicians and artists of all types. She has served as a judge for the Long Beach Mozart Festival, and for the Burbank Philharmonic Hennings-Fischer Young Artists Competition. She is a member of NATS, AGMA, and SAG-AFTRA.

Patricia Shanks teaches at:
Mission Viejo CA
24451 Alicia Pkwy
Mission Viejo, CA 92691
(949) 699-2913
Get Directions More Details
Skip link
With over 150 locations nationwide, Music & Arts is the nation’s leading provider of private music lessons, band and orchestra instrument sales, rentals and repairs. Our remarkable story of growth has everything to do with the countless unshakable relationships we’ve formed with students, parents, music educators and musicians of every stripe in the local communities we serve across the country. Since opening our first store back in 1952, we’ve been owned and operated by the same family, and there’s nothing we do as a company without our values in mind. For whatever you’re doing in music, we’re here to help. We hope you visit our Mission Viejo location soon! Our friendly staff can’t wait to meet you.