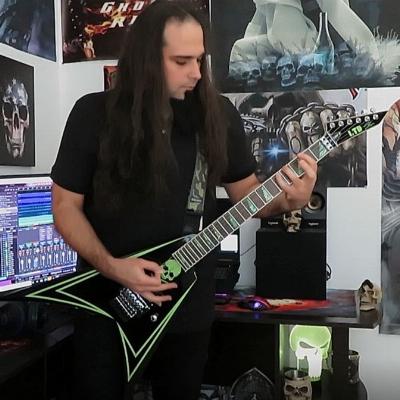 Get to know Ramtin Aynie

Ramtin Aynie is a professional heavy metal guitarist who played in metal festivals. He composed and arranged his first metal album Agony of Death with his band in 2009.

He has many years of experience performing live, recording studio, and teaching music theory/composition/songwriting, versed style of music such as, Classical, flamenco, Pop, Rock, and Heavy Metal. Also, he plays Classical, Acoustics, Electric, and bass guitar. Ramtin is a guitar performance music major at California State University - Fullerton and working on his Bachelor of Music in Classical Performance.

Ramtin has performed in Classical concerts in Orange County.