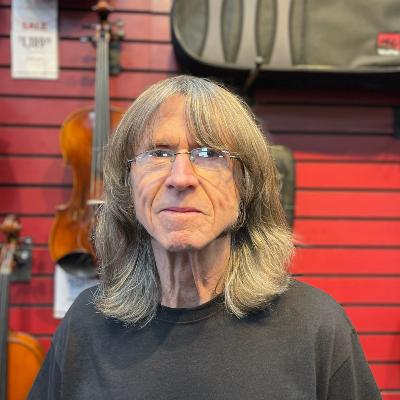 Richard Dixon
Music Teacher, Master
Location: Conyers, GA
Speaks: English
Instructs: Bass Guitar, Guitar, Ukulele
Teaching Experience: Teaching since 1999
Teaching Philosophy: My goal is to teach students what they need to learn in order for them to play what they want to play!
Book Now

Get to know Richard Dixon

I picked up the guitar at age 12 and never put it down. At 15, I had lessons with a professional player and learned the fundamentals of reading music. While attending college at the University of North Carolina Chapel Hill, I helped pay my way by playing in my band. After graduating, I decided to be a professional musician. I have always earned my living by playing and teaching music.

I lived in Los Angeles for almost 5 years playing original and cover music in the clubs and studios. While there, I played with musicians who had played with Ike and Tina Turner, England Dan and John Ford Colley, Animal Logic, and Terry Reid.

Moving to Atlanta, I continued playing guitar and bass in clubs and on the road until 1999, when I started teaching music in Conyers at Keynote Music. That became Firehouse Guitars and I stayed with them until 2017, when I joined Music & Arts teaching guitar, bass, and my first instrument - the ukulele.  All this time, I have continued to play clubs and concerts all over the metro area and the Southeast.

I have taught through Grade Seven of the Mel Bay reading course, but my real goal is to teach students what they need to learn in order for them to play what they want to play!