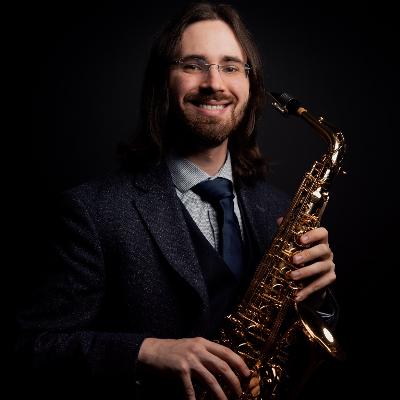 Get to know Rob Brown

Growing up in North Texas, versatile saxophonist Rob Brown gained an appreciation for music from a very young age. Rob began his musical training on the piano while in elementary school and quickly picked up more and more instruments, eventually falling in love with the tone concept of the classical saxophone. Armed with his passion for music, Rob aims to realize not only his own musical dreams, but also the dreams of both his peers and students.

As a professional saxophonist, Robert has been involved in various ensembles such as the Cerulean Saxophone Quartet and the CUSR Quartet, the latter becoming an Honors Ensemble representing all of Peabody Conservatory in 2020. As he developed his craft, he started exploring more of the contemporary music scene, winning the Rubys Artist Grant to commission “Tides” and “Cyprus” by Alexandra Gardner in 2018 as well as leading commissions with composers such as Peter Pachak-Robie and Alex Hagopian. In 2022, Rob worked with both CNSNC, a Baltimore-based contemporary music composer group, and The Smithsonian Environmental Research Center on The Ocean’s Cry, a series of pieces written for piano, percussion, and saxophone that focus on the need for ocean preservation.

Over the course of his career, Robert has studied primarily with Gary Louie, internationally acclaimed saxophonist and professor at the Peabody Conservatory, and Donald J. Fabian, saxophone professor at Southern Methodist University and principal saxophonist in the Dallas Winds. In addition to his studies, Robert has attended master classes and taken lessons with various other saxophonists such as Carrie Koffman, Stephen Page, Dr. David Dees, Dr. John Sampen, Debra Richtmeyer, Dr. Nathan Nabb, and Joe Lulloff.

Rob currently attends graduate school at The Hartt School in West Hartford, Connecticut under the instruction of Professor Carrie Koffman.