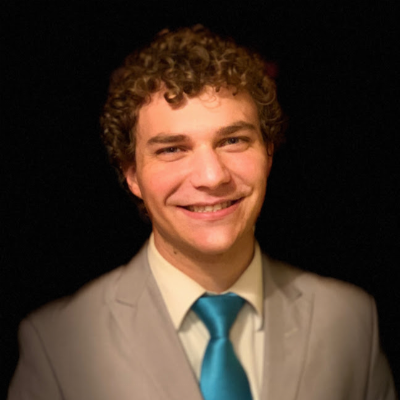 Master of Music - University of Wisconsin-Milwaukee

Teaching Philosophy: "Music is fun and learning it should be too. I meet students where they are in their learning process and work off of their strengths to mold them into musicians with unlimited potential. Together, we strive to make music of the highest caliber while cultivating a passion for the beauty that is music."
Book Now

Get to know Ryan Gross

Ryan Gross is a cross-genre soloist and ensemble player throughout the country. Born and raised in Southern California, he attended Central Middle School where he had his first exposure to playing the trumpet. Since then, he hasn’t put it down. He attended Poly High School and was in the marching band, wind ensemble, and jazz band all four years, the last two of which he was the section leader. He also occasionally played in the orchestra when they needed an extra trumpet.

Ryan then attended Concordia University Nebraska where he participated in seven musical ensembles—symphonic band, brass ensemble, jazz band, concert band, Bulldog Band (pep band), Advanced Handbells, and A Capella Choir—performing vocally in an internationally known choir and on handbells in the largest collegiate handbell program in the state, in addition to performing on his trumpet in all the other groups. He also pole vaulted on the track team, was a student senator, wrote science articles for the university newspaper, tutored music theory, and gave trumpet lessons all while studying music, physics, and chemistry. His love for science, mathematics, and understanding the world God has created have stoked his desire to continue to learn in these fields, however, his passion for music has led him to pursue music as a career.

Ryan is well-versed in various styles of trumpet playing including orchestral, wind band, jazz, and marching band. He graduated in 2019 with a Master of Music from the University of Wisconsin-Milwaukee where he taught as a teaching assistant while studying trumpet performance. Ryan was a member of the UWM Graduate Brass Quintet, Wind Ensemble, Symphony Orchestra, and Jazz Ensemble. He also freelanced for weddings, funerals, graduation ceremonies, commencements, honors ceremonies, church services, and other events. He taught tutored aural theory and music theory for four years at the collegiate level and has been teaching trumpet lessons for over seven years.

Ryan currently is a brass instructor with the Riverside Arts Academy and teaches trumpet lessons at the Loma Linda Academy. He also teaches private lessons and has a studio of students that is continuing to grow. He has performed in over half a dozen states across the United States and in London for the Commemorative 25th New Year’s Day Parade with the Riverside All-Star Band. Ryan has been featured in several collegiate honor recitals, has had most of his compositions performed live, and is a member of Pi Kappa Lambda National Music Honor Society.

Ryan gives thanks to God for his many God-given gifts and talents. He regularly attends Immanuel Lutheran Church and enjoys playing trumpet in church and wherever he travels, be it a small village in the Alaskan backcountry or the canyons of Lake Powell. Ryan appreciates God’s gift of nature and stays active by pole vaulting, hiking, camping, boating, biking, and running. He is the youngest of his three siblings and enjoys spending time with his family and friends.

Ryan Gross teaches at:
Riverside CA
3560 Riverside Plaza Dr Suite 408
Riverside, CA 92506
(951) 369-4928
Get Directions More Details
Skip link
With over 150 locations nationwide, Music & Arts is the nation’s leading provider of private music lessons, band and orchestra instrument sales, rentals and repairs. Our remarkable story of growth has everything to do with the countless unshakable relationships we’ve formed with students, parents, music educators and musicians of every stripe in the local communities we serve across the country. Since opening our first store back in 1952, we’ve been owned and operated by the same family, and there’s nothing we do as a company without our values in mind. For whatever you’re doing in music, we’re here to help. We hope you visit our Riverside location soon! Our friendly staff can’t wait to meet you.