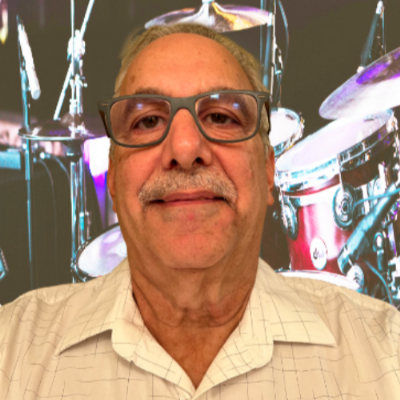 Get to know Sal Centola

Regarded as one of the top drummers in the Philadelphia area, Sal Centola has been entertaining audiences throughout the Northeast since 1970. Concert appearances with Diane Schurr, at the Historic Theater of the Living Arts, the Mellon Jazz Festival, and the WJJZ Jazz Festival are among his many professional accomplishments. He has performed for hundreds of young audiences and youth groups throughout the Tri-State area, and has performed before President Jimmy Carter during a democratic summit meeting. He has played at the Palace of Versailles, with one of New York’s top society bands. He was the “house drummer” at Ortlieb’s Jazz house, and gave concert performances at the Blue 52 jazz house. He has headlined at the Ritz Carlton and appeared at many of Philadelphia's other top night spots, hotels and restaurants, such as Hotel Atop The Belluvue, The Four Seasons, and the world acclaimed Le Bec-Fin. He has also appeared at Caesar's, Trump Plaza, and The Showboat in Atlantic City, and at New York's Plaza Hotel.

Sal Centola teaches at:
Montgomeryville PA
6 Airport Square
North Wales, PA 19454
(215) 362-0450
Get Directions More Details
Skip link
With over 150 locations nationwide, Music & Arts is the nation’s leading provider of private music lessons, band and orchestra instrument sales, rentals and repairs. Our remarkable story of growth has everything to do with the countless unshakable relationships we’ve formed with students, parents, music educators and musicians of every stripe in the local communities we serve across the country. Since opening our first store back in 1952, we’ve been owned and operated by the same family, and there’s nothing we do as a company without our values in mind. For whatever you’re doing in music, we’re here to help. We hope you visit our North Wales location soon! Our friendly staff can’t wait to meet you.