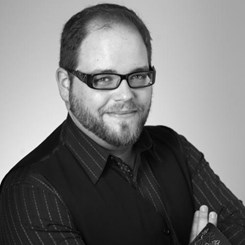 Sean Schafianski
Music Teacher, Expert
Location: Gilbert, AZ
Speaks: English
Instructs: Clarinet, Flute, Music Theory, Piano, Saxophone, Technology
Education: Bachelor of Arts in Music from Grand Valley State University Masters of Music in Music Production from Berklee College of Music
Performance Experience: Professional remote recording musician, session saxophonist, years of ensemble experience
Teaching Experience: Three years teaching at Music and Arts, guest lecturing at universities for over five years
Teaching Philosophy: I tailor my curriculum to each students’ needs whether they are a new student without any prior experience or a working professional. I teach my students to develop and maintain lifelong practice goals with a firm understanding of healthy practicing techniques. My overarching goal is to help students create and foster a set of skills upon which they can build to meet their musical goals over the course of their lives.
Book Now

Get to know Sean Schafianski

Sean Schafianski is an award-winning video game music producer, arranger, and classically trained saxophonist based in Phoenix, Arizona. He produces arrangement albums which have garnered praise and recognition within the video game community.

Sean has been working professionally in a freelance capacity for over ten years, performing on many commercial albums. As a session musician, Sean has worked with several notable composers and arrangers, providing high quality instrumental recordings

Sean has released over fifteen albums of remastered and remixed video game music, covering an array of various title and genres. These albums have received accolades and nominations for awards as part of the Game Audio Network Guild and Video Game Music Online.

Equally active as an audio engineer, Sean mixes and masters his own works, and his skills have been featured on a myriad of diverse albums from various labels.

Sean began studying saxophone at the age of nine and pursued formal piano lessons later in his career. He received his A.A. in Music from Grand Rapids Community College, and his B.A. from Grand Valley State University. He is also pursuing a Master's degree in Music Production from Berklee College of Music

When not working on music, he can be found on hiking trails and frequenting local craft breweries.