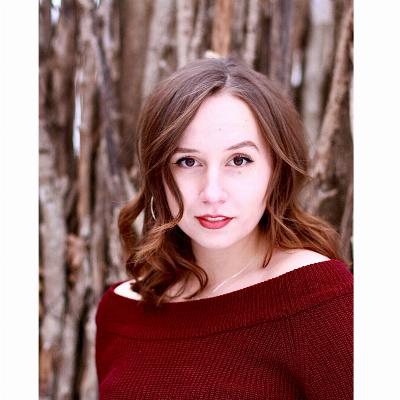 Shelby Tipling
Music Teacher, Master
Location: Ardmore, PA
Speaks: English
Instructs: Voice
Education: BM in Vocal Performance BA in German Studies
Performance Experience: Shelby frequently performs for churches and concerts, in the Philadelphia and greater surrounding areas. She recently debuted two international operatic roles in Weimar, Germany. While at University, She performed in University productions, sang for local shows, was awarded the third-place prize of the regional NATS competition, performed roles in Middlebury, VT’s Deutsch für Sänger program, and performed with Kristen Chenoweth in her touring Gala Concert.
Teaching Experience: Shelby has worked for Music & Arts, teaching both adults and children since February of 2022. She has taught private voice lessons since January of 2018.
Teaching Philosophy: "I strive to create a free, safe and exploratory learning environment. Through voice training, we allow ourselves to build personal confidence which leads us to be our most authentic self. The biggest take-away I instill in my students is this-- Make mistakes! Learning happens through accidental success and building upon that."
Book Now

Get to know Shelby Tipling

Shelby R. Tipling, Soprano, is a graduate of the University of Iowa with a Bachelor of Music in Vocal Performance and a Bachelor of Arts with Honor’s in German Studies.

Throughout her time at the University of Iowa, Shelby performed in University productions, sang for local productions and churches, was awarded the third-place prize of the regional National Association of Teachers of Singing competition, performed roles in Middlebury, VT’s esteemed Deutsch für Sänger program, was a founding member of a music vocal septet, InVocE, and even rang in the 2019 New Year performing with Kristin Chenoweth in her touring Gala Concert.

Shelby made her international debut in July of 2021 with the Lyric Opera Studio Weimar as La Contessa di Almaviva in Le Nozze di Figaro and as Pamina in Mozart’s Die Zauberflöte.

Shelby holds a passion for language learning through music to allow for exploration of new worlds and cultures. From Bach to Bernstein, she loves all things music.

Shelby Tipling teaches at:
Ardmore PA
145 W Lancaster Ave
Ardmore, PA 19003
(610) 645-7750
Get Directions More Details
Skip link
With over 150 locations nationwide, Music & Arts is the nation’s leading provider of private music lessons, band and orchestra instrument sales, rentals and repairs. Our remarkable story of growth has everything to do with the countless unshakable relationships we’ve formed with students, parents, music educators and musicians of every stripe in the local communities we serve across the country. Since opening our first store back in 1952, we’ve been owned and operated by the same family, and there’s nothing we do as a company without our values in mind. For whatever you’re doing in music, we’re here to help. We hope you visit our Ardmore location soon! Our friendly staff can’t wait to meet you.