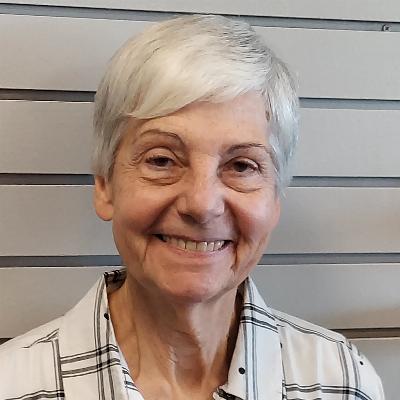 Get to know Sister Marganne Drago

Sister Marganne Drago is a Sister of Saint Joseph, Chestnut Hill, Philadelphia. She was born and raised in Flushing, New York, the second of five children.  Her parents were both in the field of medicine; however, music was an integral part of her life from early on as each member of the family played several musical instruments. Sister Marganne holds a doctorate in Music Education from Temple University and a Masters in Music Education from Northwestern University. She also has a Masters Degree in Liturgy from the Liturgical Institute, St. Mary of the Lake Seminary, Mundelein, Illinois.
Sister Marganne’s primary instruments are piano, organ, and clarinet although she has played several, including the saxophone.  She studied piano at Carnegie Hall in New York City for five years where she performed in several recitals. Her career has been principally in music education:  on the elementary level in Illinois, New York, and Philadelphia; on the high school level at John W. Hallahan Catholic Girls High School; and as professor of music and chair of the music department at Chestnut Hill College, Philadelphia. She also taught English and Christian Culture in Nagoya, Japan. She also has been organist and music and choir director in various parishes in Philadelphia: Stella Maris, Our Mother of Consolation, and Sacred Heart, Royersford, PA.
Sister Marganne Drago teaches at:
Plymouth Meeting PA
201 West Ridge Pike
Conshohocken, PA 19428
(610) 828-5757
Get Directions More Details
Skip link
With over 150 locations nationwide, Music & Arts is the nation’s leading provider of private music lessons, band and orchestra instrument sales, rentals and repairs. Our remarkable story of growth has everything to do with the countless unshakable relationships we’ve formed with students, parents, music educators and musicians of every stripe in the local communities we serve across the country. Since opening our first store back in 1952, we’ve been owned and operated by the same family, and there’s nothing we do as a company without our values in mind. For whatever you’re doing in music, we’re here to help. We hope you visit our Conshohocken location soon! Our friendly staff can’t wait to meet you.