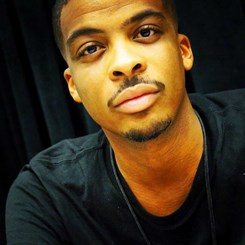 Get to know Stephen Moore

Stephen B. Moore, a native of Birmingham, Alabama, is a 2013 graduate of Howard University, holding a Bachelor’s of Music degree in Music History with an emphasis on Piano Performance. While at Howard, he worked extensively within the Music and Theatre Departments, which included serving as the accompanist for the University Choir as well the Musical Director for a number of the Theatre Department’s productions. He also is a member of the Howard Gospel Choir of Howard University, where he has been a member for the past 9 years. With the choir, he has been blessed to minister behind highly revered artists such as Barry Manilow, Fantasia, Mary J. Blige, Lyle Lovett, Ne-Yo, Shirley Caesar, and many more. He also has performed independently around the Metropolitan DC area in such venues as The White House, The Kennedy Center and the Lincoln Theater.
Stephen Moore teaches at:
Greenbelt MD
7587 Greenbelt Rd
Greenbelt, MD 20770
(301) 474-1474
Get Directions More Details
Skip link