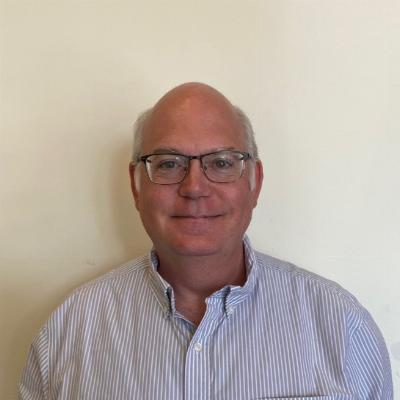 Get to know Steve Glanzmann

Until his 20s, Steve Glanzmann resided in Bucks County, but has lived in Delaware County since his 30s. In Elementary School, he began playing the trumpet, then began arranging and composing in high school. While at Penn State University, he studied Music Education and Jazz performing in many ensembles including Jazz Lab Band (Lead Trumpet), Wind Ensemble (Trumpet/Librarian), Philharmonic, PSU Blue Band (Mellophone), Brass Choir, and Brass Quintet. He has a BA in Integrative Arts from Penn State University with graduate studies in Music Theory at West Chester University.

For 25 years, Steve played Trumpet for several community orchestras, including the Main Line Symphony and Bucks County Symphony Society (Trumpet/Librarian). Since the 1980s, he has (most often) played Lead-Trumpet for several Big Bands, including Doylestown Heat, Big Band from the Valley, and Lansdowne Big Band. He has played Trumpet in over 100 different productions of Musicals with companies such as Players Club of Swarthmore, Narberth Community Theater, and many high schools in Bucks, Delaware, and Montgomery Counties. Since the 1990s, he has privately taught Trumpet and Music Theory.

Since 1990, Steve has hiked nearly all the Adirondack’s 46 High Peaks. He enjoys time with his family, composes music, and stays informed about the World.

Steve Glanzmann teaches at:
Ardmore PA
145 W Lancaster Ave
Ardmore, PA 19003
(610) 645-7750
Get Directions More Details
Montgomeryville PA
6 Airport Square
North Wales, PA 19454
(215) 362-0450
Get Directions More Details
Skip link
With over 150 locations nationwide, Music & Arts is the nation’s leading provider of private music lessons, band and orchestra instrument sales, rentals and repairs. Our remarkable story of growth has everything to do with the countless unshakable relationships we’ve formed with students, parents, music educators and musicians of every stripe in the local communities we serve across the country. Since opening our first store back in 1952, we’ve been owned and operated by the same family, and there’s nothing we do as a company without our values in mind. For whatever you’re doing in music, we’re here to help. We hope you visit our Ardmore location soon! Our friendly staff can’t wait to meet you.