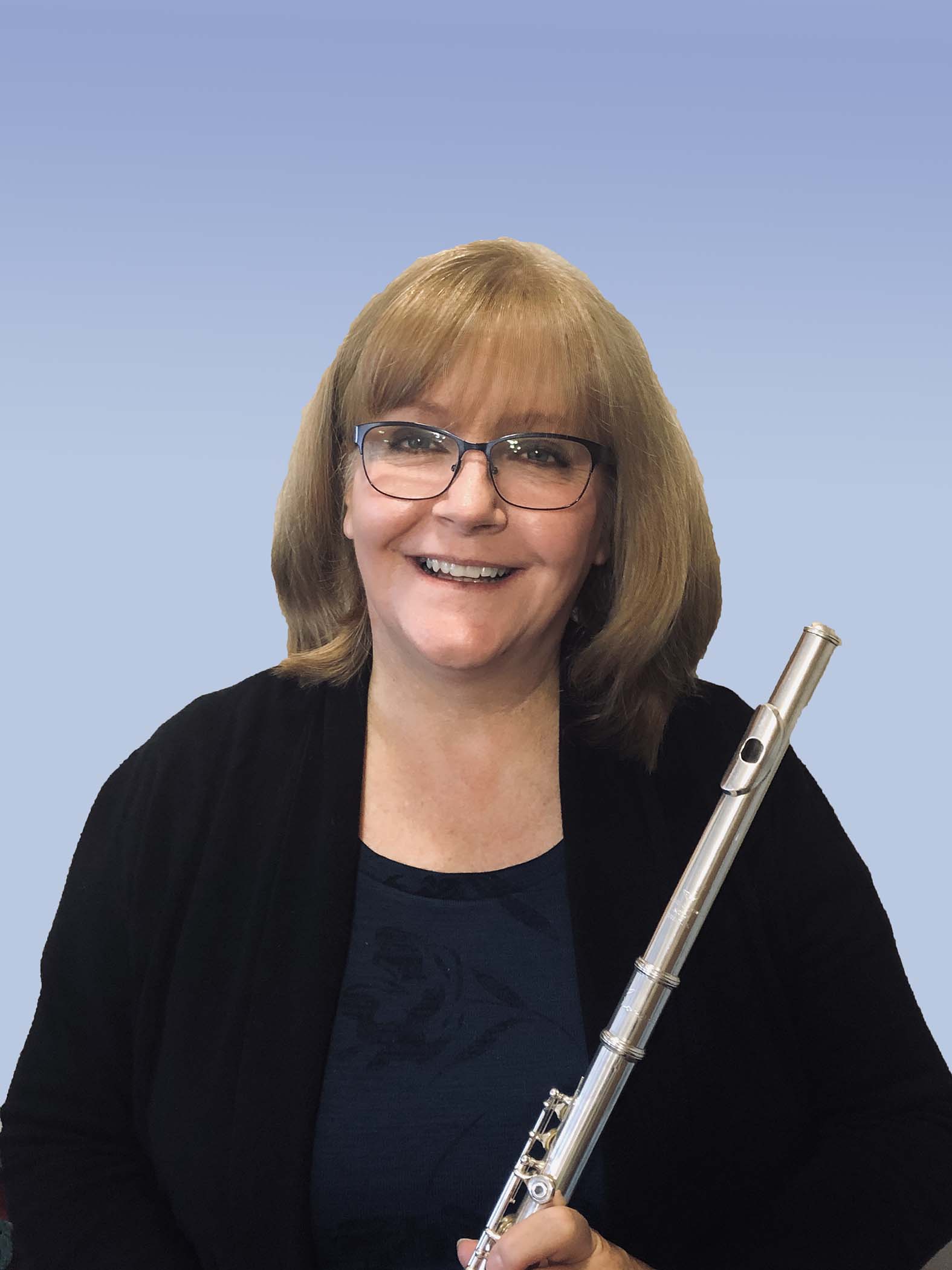 Get to know Susan Hallstead

Welcome to Music & Arts! I have been playing and teaching the flute for over 25 years.  I studied flute and vocal performance at the University of Washington.  My flute teachers have included Scott Goff (Seattle Symphony), Felix Skowronek (UofW), and Murray Panitz (former Principal Flute, Philadelphia Orchestra/Curtis Institute of Music).  I studied flute pedagogy with award-winning KinderFlute™ creator, Kathy Blocki, and earned my KinderFlute™ Certification in 2016.  I am a Little Flute Expert in the International Fluteplay community, where I also create learning materials for young flute players and serve as a designer for the International Fluteplay magazine, LFM.  My vocal studies were with Dr. Tim Mussard (UCLA/Baldwin-Wallace Conservatory of Music) and Metropolitan Opera Baritone Frank Guarrera.

While in college, I was a member of the Tacoma Symphony, the Contemporary Group Woodwind Quintet, was principal flute of the UofW Symphony, and played as an extra for the Seattle Symphony.  As a coloratura soprano, I performed in numerous Opera Workshop productions, won the regional San Francisco Opera competition and represented the Northwestern United States, Canada, and Alaska in the finals at the War Memorial Opera House. I have also worked as a free-lance vocalist/flutist and was the vocal soloist for several area churches.

​In addition to my private studio and KinderFlute classes, I teach flute and assist band directors in the Puyallup and Bethel School Districts and run a community flute choir.  I am also currently pursuing the study of World flutes, including Irish penny whistle, Chinese dizi flute, and Native American Flute, and am a member of  the Wind Spirit Native American Flute Circle.

I have been involved with music my entire life and through private lessons, KinderFlute, Fluteplay, and the Puget Sound Flute Choir, I am able to share my love of music with the next generation.