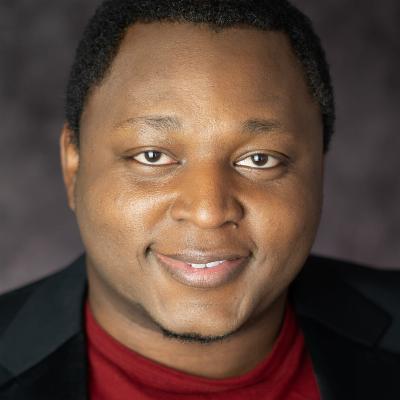 Get to know Sylvester Allen

Sylvester Allen Jr. is a Voice, Tuba and Beginning Piano teacher for Music and Arts, Inc in Burlington, NC

Sylvester is an accomplished musician, actor, playwright and director in the North Carolina area. A native of Burlington, he received his training from the music and theater programs at Greensboro College in North Carolina, as well as the Naval School of Music in Little Creek, Virginia. For 6 years, He served  around the world as an Army musician.  He also served as the vocal coach for the US army band in Uijeongbu, South Korea. As a Army vocalist and tubist, He earned medals to include, Army Commendation Medal, Army Achievement Medal, Korean and National Defense Medals, as well as the Commander’s Coin from former Vice Chief of Staff of the Army, General Peter Chiarelli, for his performances with the band at Ft. Lee.

Sylvester has studied voice with some of the top vocal teachers in the southeast, to include Janine Hawley (UNCSA) Elvira O. Green (Metropolitan Opera) and Rebecca Swingle- Putland. He was recently seen in the Steven Tanger Center production of Gershwin's "Porgy and Bess" with the Greensboro Opera Company,  which was led by Impresario Dr. Everett McCorvey and renowned conductor and pianist Awadagin Pratt.  Sylvester is currently cast in a new project with North Carolina Opera, the world staged premiere of a new work by Paul Moravec, Pulitzer prize-winning composer, called “Sanctuary Road''.

He has done featured voice over work for Raleigh News & Observer and ProPublica, and has worked as a singer and screenwriter for Grammy-nominated artist Joe Troop. Other recent work has included the lead roles in the new musical ‘Wrecking Ball’, and as Danny in the world premiere of ‘In The Shadow of the Mountain’ the musical written by Hollywood director John Adams. Sylvester has even extended his talent to the screen, having appeared in the new Michael Myers film “Halloween Kills”, among others.

Sylvester has 26 years experience  as a tubist. He has performed throughout the southeast and overseas  in brass bands, orchestras, brass quintets and other bands. Throughout the years, he has studied with respected instructors like  Steve Ware,Jim Cipriano, Dr. Dennis Askew and Ryan Scott. Career highlights include playing ceremonies  overseas for President Obama and Hillary Clinton, as well as joint concerts with Hoobastank and Sevendust.

Sylvester Allen teaches at:
Burlington NC
1258 South Church St
Burlington, NC 27215
(336) 584-3338
Get Directions More Details
Skip link
With over 150 locations nationwide, Music & Arts is the nation’s leading provider of private music lessons, band and orchestra instrument sales, rentals and repairs. Our remarkable story of growth has everything to do with the countless unshakable relationships we’ve formed with students, parents, music educators and musicians of every stripe in the local communities we serve across the country. Since opening our first store back in 1952, we’ve been owned and operated by the same family, and there’s nothing we do as a company without our values in mind. For whatever you’re doing in music, we’re here to help. We hope you visit our Burlington location soon! Our friendly staff can’t wait to meet you.