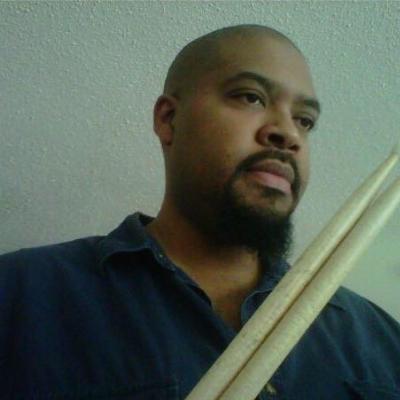 Todd Stevens
Music Teacher, Master
Location: Hickory, NC
Speaks: English
Instructs: Bass Guitar, Drums
Education: BA in Psychology
Performance Experience: 30 plus years of musical performance experience
Teaching Experience: 7 years
Teaching Philosophy: I like to send a student home playing something. So, my method is to find out what they want to play and teach them that. Do they want to learn “Back in Black?” I will teach them that. Then I will also explain the theory behind the song they want to learn as we go. This way they learn and have fun at the same time. If students are not having a good time with what they learn, they will often decide to put it down.
Book Now

Get to know Todd Stevens

I was the youngest in a family of six musicians. By the time I was five years old my house was filled with keyboards, saxophones, trumpets, acoustic and electric guitars, plus drum kits and other types of percussion. By the time I was twelve years old, I ended up being very proficient on several instruments. I joined my first band when I was thirteen and by the age of twenty one I got a recording deal with a band called XL & Death Before Dishonor. We were distributed by Epic Records. I toured America several times with pop bands, metal bands, hip hop acts and contemporary acts. Toby Mac, the Newsboys. LA Guns, KRS1, Stryper and Radio Moscow are a few of the groups with whom I’ve shared the stage. I taught bass, guitar and drums for a living from 2002-2009. Then, I landed a job with Iowa State University where I used music to teach other ethical and science based curriculums to over 500,000 students  from 2012-2021. Now, I’m happy to be on the Music & Arts team, eager to help you in your music endeavors

Todd Stevens teaches at:
Hickory NC
1620 8th Street Dr SE
Hickory, NC 28602
(828) 322-4366
Get Directions More Details
Skip link
With over 150 locations nationwide, Music & Arts is the nation’s leading provider of private music lessons, band and orchestra instrument sales, rentals and repairs. Our remarkable story of growth has everything to do with the countless unshakable relationships we’ve formed with students, parents, music educators and musicians of every stripe in the local communities we serve across the country. Since opening our first store back in 1952, we’ve been owned and operated by the same family, and there’s nothing we do as a company without our values in mind. For whatever you’re doing in music, we’re here to help. We hope you visit our Hickory location soon! Our friendly staff can’t wait to meet you.