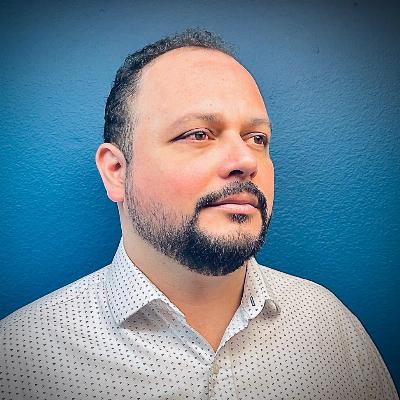 Tomas Acosta
Music Teacher, Master
Location: Riverside, CA
Speaks: English, Spanish
Instructs: Piano, Voice
Education: -Master of Music in Choral Conducting. Universidad Veracruzana -Bachelor of Music in Piano. Universidad Autónoma de Baja California -Music Education Certification
Teaching Philosophy: A student's technical level, age, and knowledge do not matter. What does matter is that they find happiness through music, instruments, or their own voice. It's my passion to motivate and stimulate my students in their pursuit of that path.
Book Now

Get to know Tomas Acosta

Tomás Acosta is a choral conductor, piano teacher, and vocal coach with over 20 years of experience. His areas of expertise include a variety of styles, such as opera, recital, sacred, barbershop, musical theater, Mexican folk, and contemporary and modern music. Originally from Los Angeles, CA, Tomás grew up in Ensenada, Baja California, Mexico, where he earned his Bachelor of Music in Piano from Universidad Autónoma de Baja California under the tutelage of Z. Tchiviroba. He completed his Master’s in Choral Conducting at Universidad Veracruzana, where he was invited as a guest conductor several times, participating not only as a choral conductor but also as a collaborator during festivals and concerts. He has attended various master classes and workshops in Choral and Orchestral Conducting, which have taken place in Romania, Italy, Argentina and Cuba – all with internationally renowned teachers.

Acosta's performances and collaborations include opera productions, symphonic, choral, chamber concerts, voice and piano recitals, folk music, and pop and symphonic rock concerts. His experience as a choral conductor, piano and voice teacher has been acquired in the finest musical institutes of Baja California.

Tomás Acosta is a co-founder and member of the board of the California International Choral Festival in Tijuana. Along with this role, Tomas also works as an active choral conductor and music teacher in Baja California, and serves as the lead voice of the binational barbershop quartet, Los Bordershop. When not teaching or conducting, Tomás works as a freelance musician recording vocals, writing musical arrangements, and editing and mixing audio. He now lives in Riverside County, and is happy to be part of the Music & Arts team.

Tomas Acosta teaches at:
Riverside CA
3560 Riverside Plaza Dr Suite 408
Riverside, CA 92506
(951) 369-4928
Get Directions More Details
Skip link
With over 150 locations nationwide, Music & Arts is the nation’s leading provider of private music lessons, band and orchestra instrument sales, rentals and repairs. Our remarkable story of growth has everything to do with the countless unshakable relationships we’ve formed with students, parents, music educators and musicians of every stripe in the local communities we serve across the country. Since opening our first store back in 1952, we’ve been owned and operated by the same family, and there’s nothing we do as a company without our values in mind. For whatever you’re doing in music, we’re here to help. We hope you visit our Riverside location soon! Our friendly staff can’t wait to meet you.