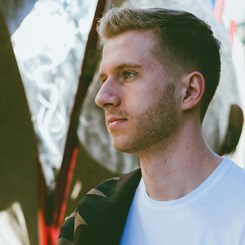 Get to know Tyler Rogers

Tyler Rogers is a saxophonist/multi-instrumentalist based out of Seattle Washington.  Tyler has dedicated his life to music and has been playing for over 14 years.  In 2016 Tyler graduated from Western Washington University with a BA in music and a minor in audio recording.  During his time at Western, Tyler was heavily involved in the jazz ensembles, making his way into the top groups as first alto in the top big band, the top tenor saxophonist in their top jazz combo, and lead tenor in their wind symphony.

Upon graduating, Tyler joined a few professional bands. Both bands recorded their debut studio albums with Tyler as lead saxophone/horn. Tyler played an integral role not only being the lead horn, but also helping to write/produce both of these albums. Throughout his formative years, Tyler made sure he was studying privately with some of the best professionals in the area including the late Greg Metcalf, Fred Winkler, Mike Allen, and Mark Taylor. Tyler has also studied with the likes of Chad Lefkowitz-Brown and is currently studying with Steve Kortyka.