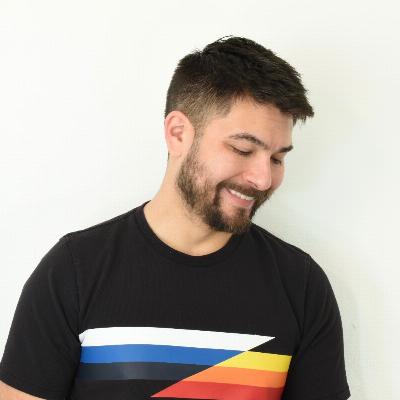 Get to know William Riddell

Will Riddell has been teaching percussion and wind instruments in scholastic and private settings since 2002. His background is in woodwinds originally, with percussion later coming out of necessity in high school to help his band director fill a hole in marching band. Later he would go on to study music education in college where his diverse background made it easy for him to cross between instruments and explain techniques to students.

As a percussionist, Will has performed in just about every environment imaginable. From playing drumset with cover bands in small clubs, to competing for drum corps titles in NFL stadiums, or playing timpani with regional orchestras, he has truly led a multi-faceted musical life.

Outside of teaching lessons, he also works as a full-time music arranger, visual designer, and ensemble clinician, specializing in the competitive marching band and indoor drumline activities.

For over a decade, Will taught and/or designed for nearly a dozen of the most successful band programs in the Washington DC area. He then moved to the summer drum corps circuit where he most recently was the front ensemble coordinator for the eighteen-time world champion Reading Buccaneers. His high school programs have earned fifteen winter circuit medals, seven WGI regional championships, and a WGI championship in 2011. He maintains an active presence in the Percussive Arts Society and has helped present several "Day of Percussion" events.

William Riddell teaches at:
Chantilly VA
14511D Lee Jackson Memorial Hwy
Chantilly, VA 20151
(703) 222-8986
Get Directions More Details
Skip link
With over 150 locations nationwide, Music & Arts is the nation’s leading provider of private music lessons, band and orchestra instrument sales, rentals and repairs. Our remarkable story of growth has everything to do with the countless unshakable relationships we’ve formed with students, parents, music educators and musicians of every stripe in the local communities we serve across the country. Since opening our first store back in 1952, we’ve been owned and operated by the same family, and there’s nothing we do as a company without our values in mind. For whatever you’re doing in music, we’re here to help. We hope you visit our Chantilly location soon! Our friendly staff can’t wait to meet you.