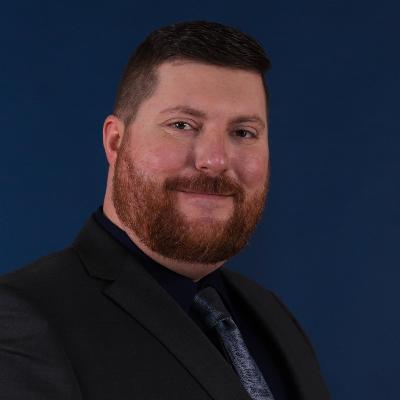 Get to know William Wysocki

A native of Austin, Texas, William Wysocki grew up immersed in the world of live music. He began studying clarinet at the age of eleven and quickly advanced in his skill and determination throughout middle and high school, participating in concert band, marching band, and orchestra. In 2001 he began his college career studying with Steven Barta (Baltimore Symphony) at the Peabody Institute of Johns Hopkins in Baltimore, Maryland. He received both his Bachelor of Music and Master of Music degrees from Peabody. He then continued his formal training at the San Francisco Conservatory of Music where he studied with Luis Baez (San Francisco Symphony) and graduated with an advanced performance degree in 2013. Briefly after graduating from SFCM, he continued his studies with Robert Dilutis (University of Maryland), and has completed partial degrees from both the Boston Conservatory and the University of Arizona.

Additionally, William has had the great fortune of playing professionally across the country. Some of his favorite performances were with the Baltimore Theater Project, Austin Civic Wind Ensemble, Austin Chamber Music Society, Ars Nova, the artist NOTNORTH and the Miami Summer Music Festival. While in Miami, he was selected to play principal celebrating the centennial of The Rite of Spring.

Growing up in the “Live Music Capital of the World” William was blessed with a wonderful understanding of how music affects the world, regardless of genre and he works diligently to ensure that that is reflected in both his own playing as well as his students playing and interpretation of a piece. Having taught all age ranges in various cities across the country, including the extremely competitive TMEA and UIL competitions in Texas, William believes in teaching his students more than fundamentals, believing in instilling his students with confidence and self-actualization, bringing a very diverse, balanced and nuanced approach to music and clarinet pedagogy.

William Wysocki teaches at:
Ridgewood NJ
185 E Ridgewood Ave
Ridgewood, NJ 07450
(201) 444-9800
Get Directions More Details
Skip link
With over 150 locations nationwide, Music & Arts is the nation’s leading provider of private music lessons, band and orchestra instrument sales, rentals and repairs. Our remarkable story of growth has everything to do with the countless unshakable relationships we’ve formed with students, parents, music educators and musicians of every stripe in the local communities we serve across the country. Since opening our first store back in 1952, we’ve been owned and operated by the same family, and there’s nothing we do as a company without our values in mind. For whatever you’re doing in music, we’re here to help. We hope you visit our Ridgewood location soon! Our friendly staff can’t wait to meet you.