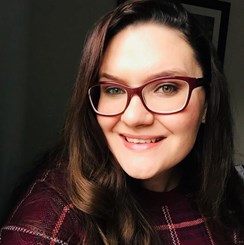 For the first installment of our Pro Shop Series of events for 2016, we had the opportunity to host the orchestral string trio, Simply Three on Friday January 8th.  The event had about twenty-five people in attendance including some of our local orchestra directors. They were in for a treat as the group explained their history and the inspiration of a collaboration between violin, cello and string bass that spanned from classical to modern genres of music. 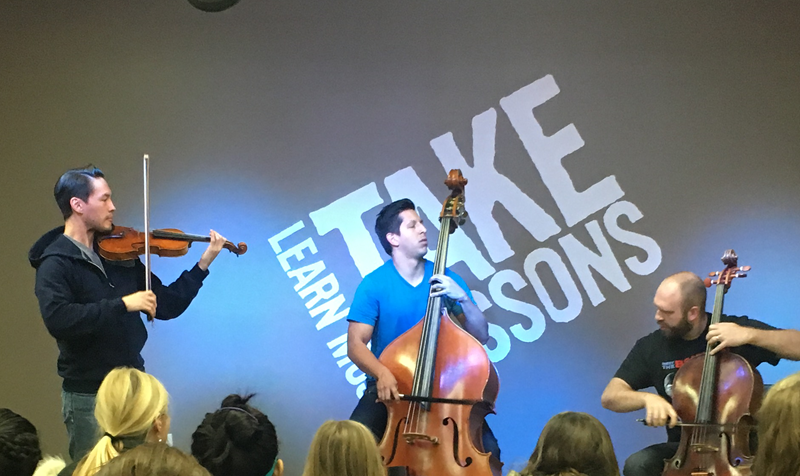 The group talked about their upcoming album. They went into detail of the recording and song-writing process that they took to make the album. Some question from students led to more conversation regarding their unique sound and why they are passionate about music. Each member showed and explained the instrument they play on, including the Cellist’s 18th century cello!

Next was the performance. They performed some of their most popular songs including Ed Sheeran’s “Photograph”, a creative mashup of various Coldplay songs, and a hoe-down version of Andy Grammar’s “Honey, I’m Good”.  After playing the trio took pictures and chatted individually with some of the families.

Overall it was an excellent event! We would like to thank all those who attended and a special thanks to Eastman Strings and the group Simply Three for making this event possible!