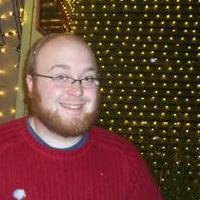 When parents come to me asking why their student needs a new trombone, I usually hear three different objections:

It still works, why does he need a new one?

They won't be a professional, why upgrade?

They don't really seem to like it much anymore.

My response will change based on the student but you need to understand a few baseline factors:

Beginner level trombones are made for beginners- Your beginner level instrument is made to be rugged, easy to play, and inexpensive. Step up instruments will allow the student to play certain passages that their beginner trombone is incapable of, while producing a richer sound and allowing the performer to be more expressive.

Professional instruments are not just for professionals- In my band class in McIntosh High School, most people were on upgraded instruments. In my trombone section alone, I was playing a Bach Stradivarius, my second chair was using a Conn 88, and third chair had a Yamaha 448G. The instrument doesn't make the player, but when your playing on an inferior instrument, you will be held back in comparison.

Lessons+step up=win - If I were playing baseball in the MLB with the equipment I have and my current level of play, it would not be fun. Just like baseball, if you're competing in band class without the right gear and know how, it won't be fun. If your student has lost the spark, they might be held back by either of these.

The trombone I got when I stepped up waaaay back in 2001 was a Bach Stradivarius. It was the only one really available in the area and the only one I got to try. These days there are some great choices out there:

Bach Stradivarius- if your director just wants you to get a 'strad', this is what they mean. It's the standard step up for a reason. It is consistent, open wrap, and wonderful. 10/10-would play again. (currently-$3,089.00 before any discounts)

Ventus by Eastman- This trombone is actually an exclusive offering. It is made to compete for those who are a little more cost conscious. It is also more customizable than the Bach offering. It has interchangeable lead-pipes which gives you the ability to adjust your tone immensely, as well as a removable f attachment which lets you take a little of the weight off if you don't need it and allows for a little more free blowing. We’re also currently using full rental credit on these, something not possible on the others. (currently-$2,099.00 before any discount)

Jupiter XO- I was immensely impressed with Jupiter's offering to the trombone world. The XO line as a whole is impressive in that it competes head to head with the big dogs and will even win in a lot of cases. It is open wrap, has interchangeable lead-pipes for the customizability, and is very easy to play. I have even played the bass trombone version and was amazed at the ease with which I could get the pedal tones to speak. The fact that the trombone is significantly less than those same standard brands and we can use some rental credit on it is just icing on the cake. (standard is currently-$2449.00 before discounts)

Last but certainly not least is the Yamaha Xeno- I have band directors just as fanatical about these as their favorite college football teams. The instrument competes head to head with the strad and is made by a company that is also known for consistency, ease of play, quality of materials, and especially quality of valves. The instrument will typically come with open wrap. (currently-$2,683.99 with either gold bell or standard)