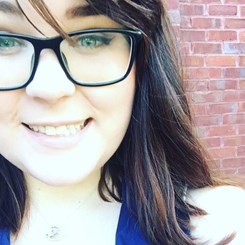 As a ninth grader going into high school, it’s scary. You're walking into a huge new school with hundreds of new people, new teachers, new hallways and longer classes. What could possibly make this not so scary? I know when I went into high school I knew about 300 people already. It was because I was in marching band and had met all kinds of people over the summer and formed friendships with all different age groups and it made it a lot easier for me.

If you or your student is anything like me in eighth grade, I had the worst time management for a 13 year old. I waited until the last minute for everything, I had no priorities and 3:30 pm Monday through Friday was my goal. When you're in marching band you have a set schedule for every single day Monday through Saturday and you were lucky if you got to sleep in on Sundays.

My first year of marching band it was everything I could do to count in my head, make sure my feet were right, memorize music and play it all at the same time. I think that was probably the hardest part. But thanks to my band directors, they made me realize that it's more important to make sure your feet are in time and are going the right speed than try to play your music and have your feet completely wrong. My sophomore year I was able to do everything though which was completely awesome. By the time I hit my senior year of high school, I became section leader of all low reed instruments (this includes bass clarinet, tenor sax and baritone sax). Having the opportunity of being a leader of these students is what makes me good at my job today. You get the opportunity of leading people, whether older or younger, but also know the difference of leading and being power hungry.

As a section leader, it was important that I knew how to play more than just bass clarinet. So as I made my way through my last year of marching band, I made it a goal of mine to learn how to play the basics of each instrument so that I could answer any questions asked of me.

Conditioning. I'm not sure if you like to, but I hate running and we did it every day. You may not think so by just watching a band run all over the field but you have to be pretty active to succeed in marching band and my band directors made sure that we were. Every day before practice we would do at least 30 minutes of conditioning and although most of us hated it, it also made us a stronger band.

Have you ever been in drama or on a stage or even in a marching band at one point and remember the rush of performance? I do. Every Friday night when we would perform at half time or hit the big impact point of our show at a big Bands of America competition, I would get chill bumps every time. It’s just the feeling of knowing that at that moment all eyes are on your band and you are what is most important in that room at that time.

If you've never been in marching band or been part of an organization where not only do you have bunches of friends, but they become family, I would suggest giving it a try. It gives you a great sense of pride and builds your character into who you're supposed to be.