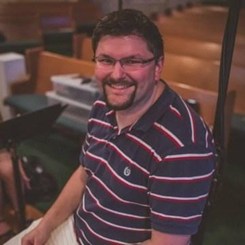 Baltimore's Marching Ravens are holding auditions for musicians, with openings in all sections. The auditoins will be held on Saturday, April 1, 2017. Everyone must go online to pre-register: www.baltimoreravens.com/marchingravens.

You must be 18 years or older to join the Marching Ravens and have a background in reading music and marching.

Why you should consider joining the Marching Ravens:

Check out on Nextflix "30 for 30" produced by ESPN, and the episode "The Band That Wouldn't Die", produced and directed by Academy and Emmy Award winner Barry Levinson which documents the band's history staying together twice without a football team and shows what the power music can accomplish.

A published Ravens Yearbook is presented to each band member at the end of the year as a gift along with small gifts throughout the year.

This year, the Marching Ravens will celebrate their 70th Anniversary of continuous operation, founded September 7, 1947 as the Baltimore Colts Marching band. We're looking forward to a fantastic season promoting our heritage in Baltimore professional football.

Please do not hesitate to contact Band President, John Ziemann at 410-491-3778 if you have any questions or concerns. Check out the Baltimore Marching Ravens today!